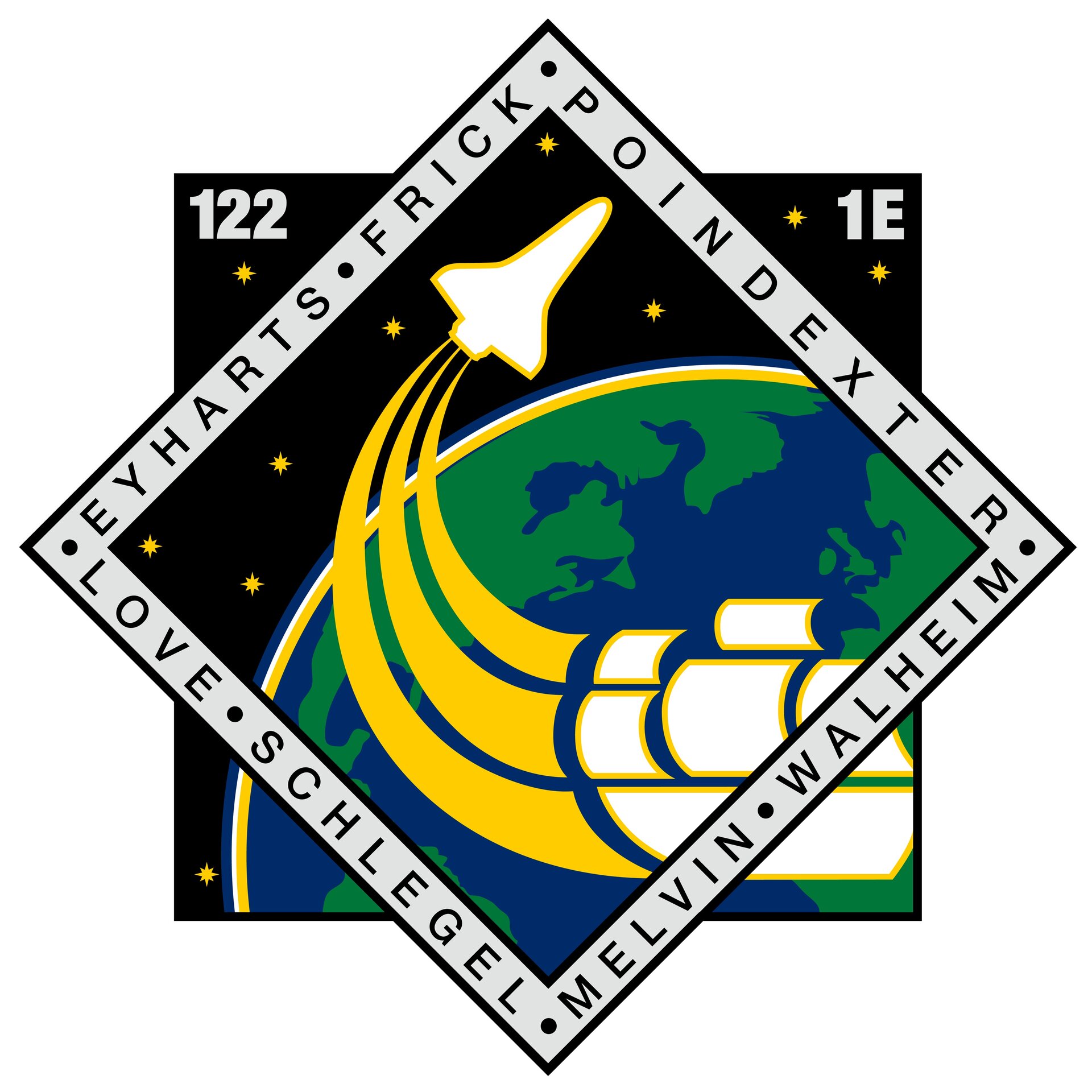 STS122-S-001A (April 2007) --- The STS-122 mission patch depicts the continuation of the voyages of the early explorers to today's frontier, space. The ship denotes the travels of the early expeditions from the east to the west. The space shuttle shows the continuation of that journey along the orbital path from west to east. A little more than 500 years after Columbus sailed to the new world, the STS-122 crew will bring the European laboratory module "Columbus" to the International Space Station to usher in a new era of scientific discovery.

The NASA insignia design for space shuttle flights is reserved for use by the astronauts and for other official use as the NASA Administrator may authorize. Public availability has been approved only in the form of illustrations by the various news media. When and if there is any change in this policy, it will be publicly announced.