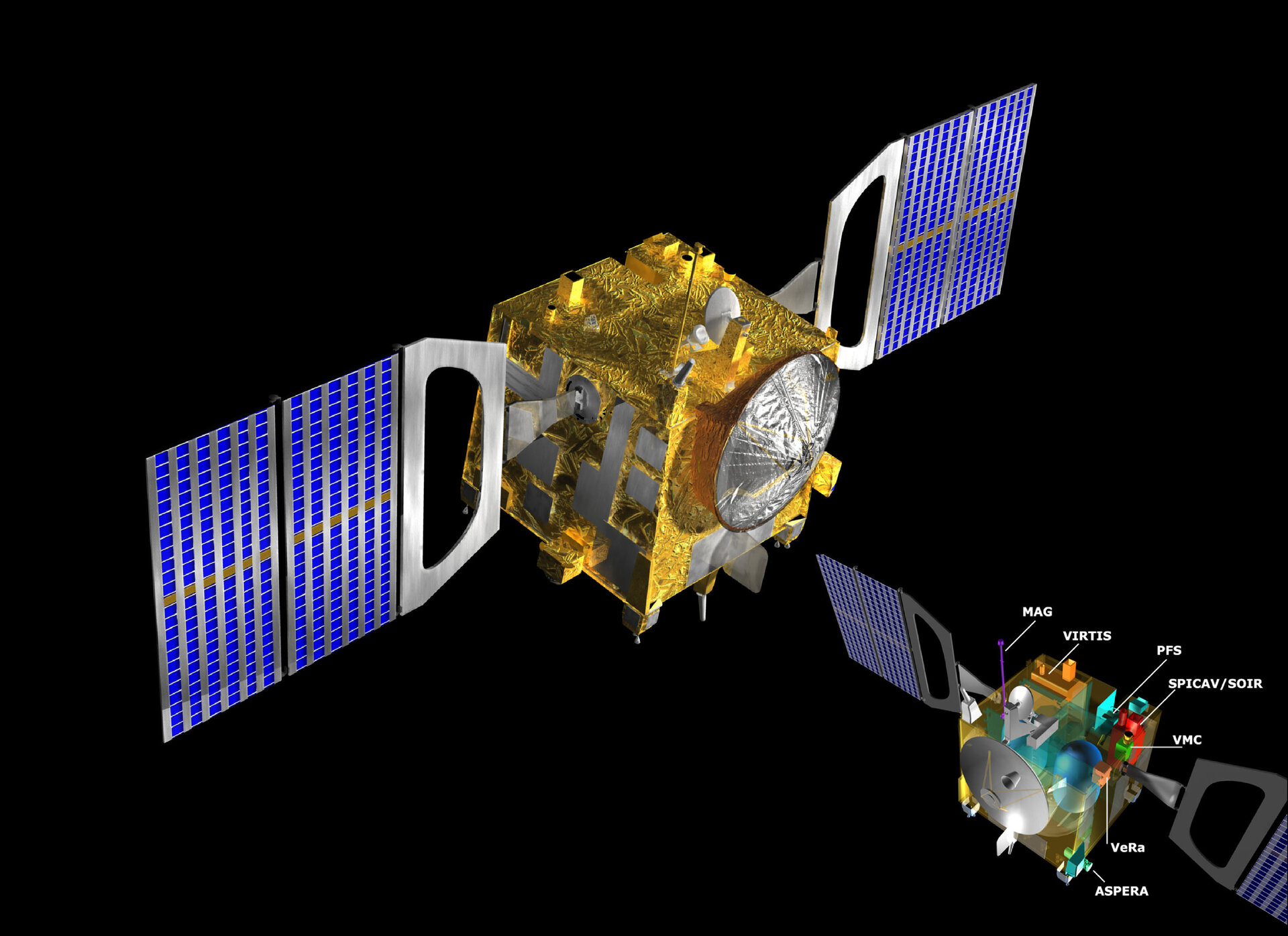 The Venus Express spacecraft, a Venus orbiter mission, is a virtual twin of Mars Express, but adapted to survive the harsh environment around Earth’s twin. As an example, design changes have been implemented to counter spacecraft heating, four times greater at Venus than at Mars.

Venus Express' solar arrays, resistant to high temperatures, are smaller for Venus Express, because there is more sunlight at Venus than at Mars.

With its set of state-of-the art instruments for planetary studies, mostly inherited from the Mars Express and Rosetta missions, Venus Express is designed to study the largely unkown phenomena taking place in the Venusian atmosphere like never before. The spacecraft is also digging into the interaction between the solar wind and the planetary environment and is gathering glimpses of the planet's surface, tightly coupled with the dense atmosphere.