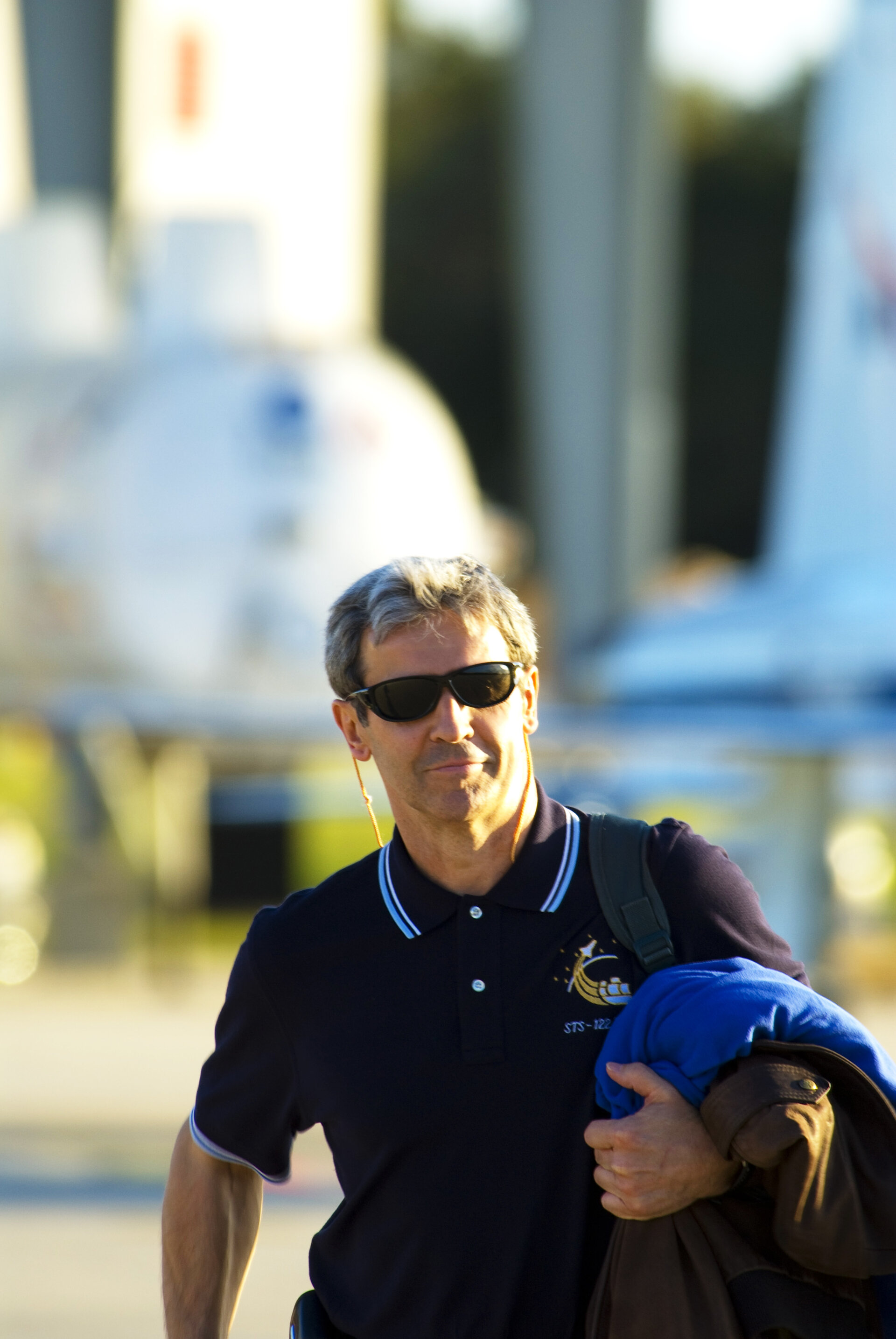 ESA astronaut Léopold Eyharts prepares to leave for NASA's Johnson Space Center in Houston following the postponement of the STS-122 mission. STS-122 will carry the European Columbus laboratory to the International Space Station. Eyharts will fly to the ISS with the STS-122 mission. He will remain on board ISS as a member of the Expedition crew after STS-122 returns to Earth. The launch of STS-122 was postponed from the December 2007 launch window following ECO sensor failures in the Shuttle's External Tank.