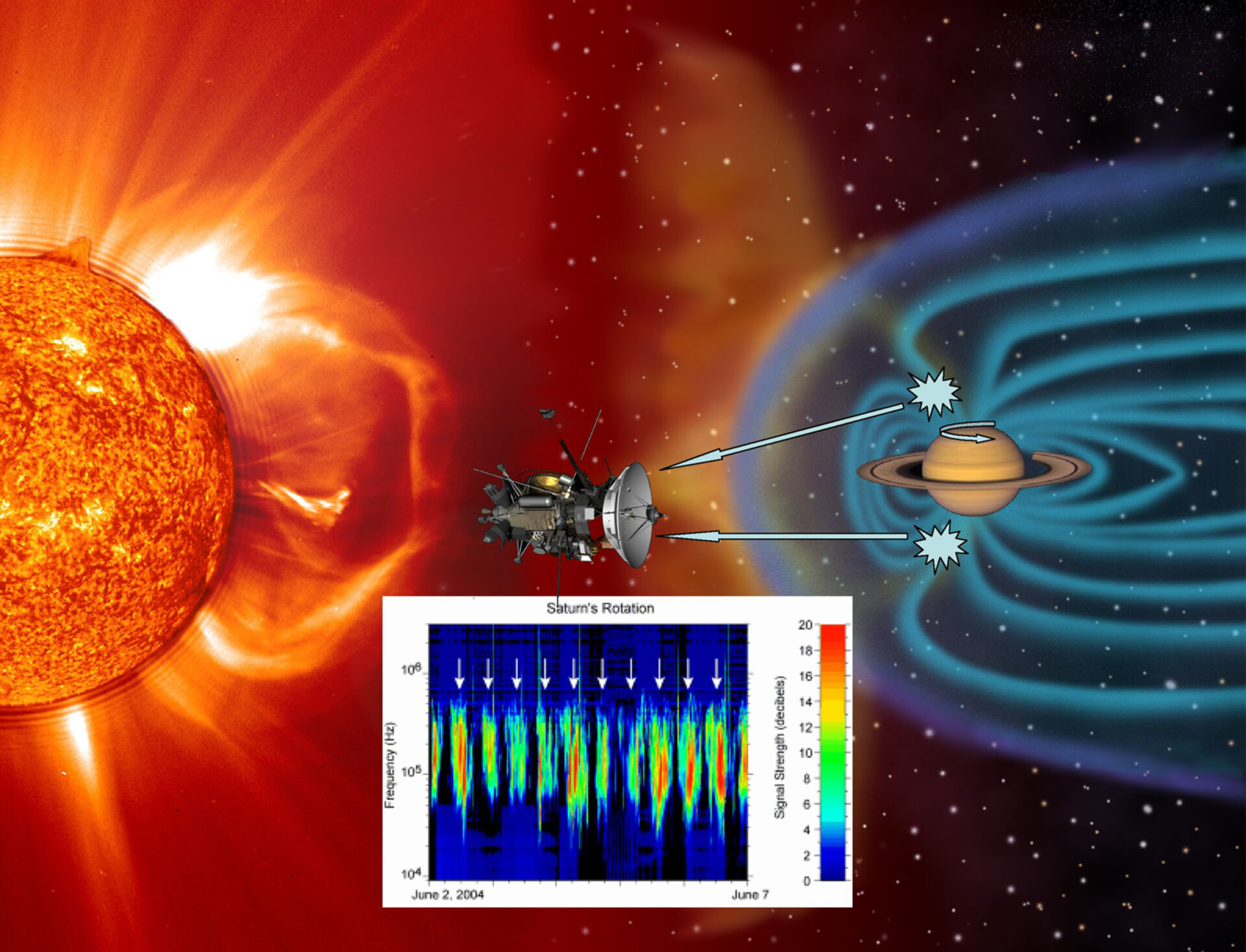 Radio waves produced near the poles of Saturn have been monitored by Cassini’s Radio and Plasma Wave Science instrument (RPWS) since 2003.

A team of European scientists have analysed several years of Cassini RPWS data to study the variations of Saturn's radio clock, or its large fluctuations, at a 1-2% level, over weeks to months. They have found that the variation in the solar wind speed near Saturn is probably responsible for the poor stability of the planet's radio clock. interestingly, the solar wind speed does not vary randomly, but instead, follows a saw-tooth pattern, first building up in speed and then suddenly slowing down, and causing thus apparent rotation period fluctuations.