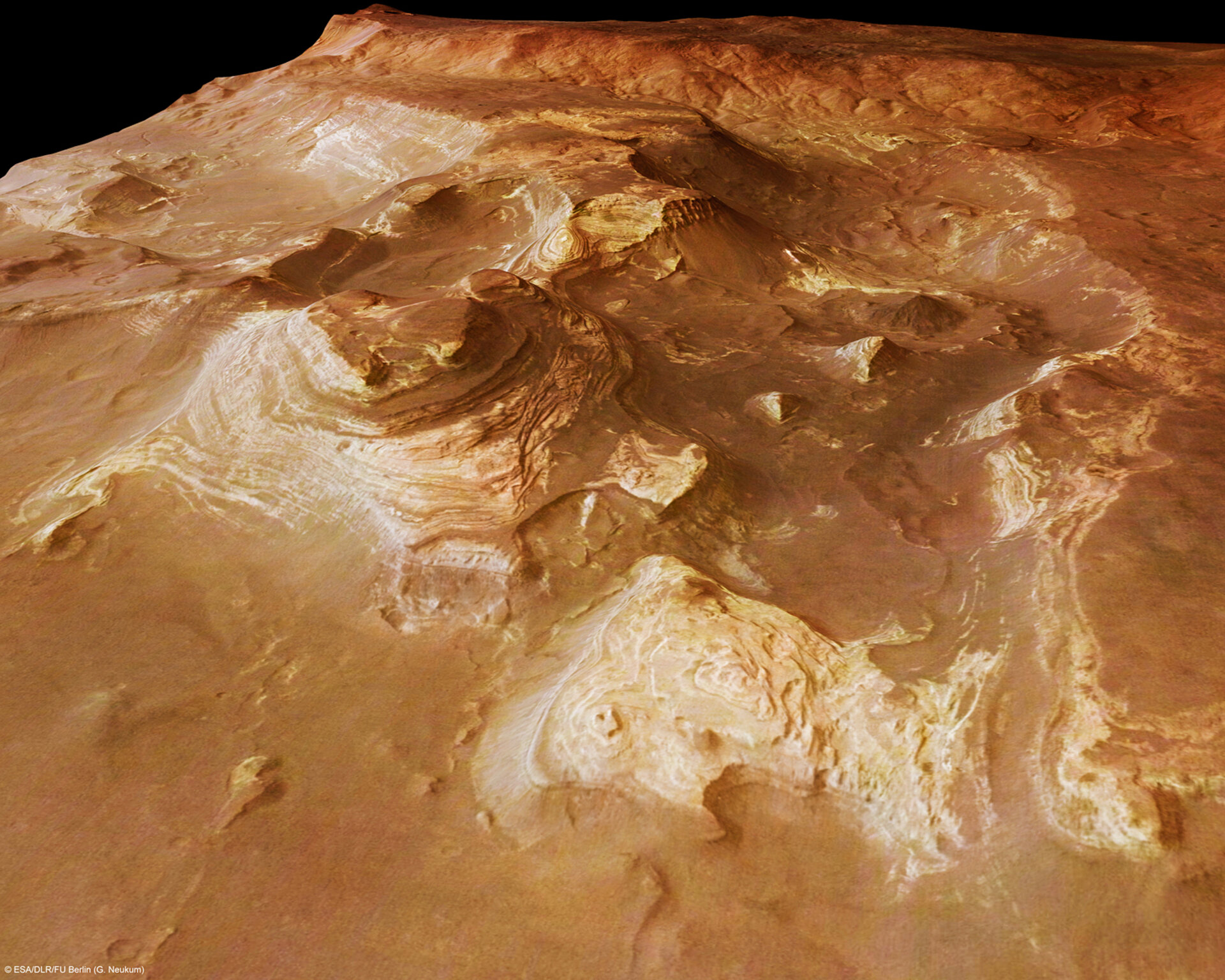 A perspective view of Terby crater

The High Resolution Stereo Camera (HRSC) on board ESA’s Mars Express orbiter imaged the Terby crater on Mars on 13 April 2007 during orbit 4199. The region is of great scientific interest as sediments there reveal information on the role of water in the history of the planet.

Eye-catching finger-shaped plateaux extend in the north-south direction. They rise up to 2000 m above the surrounding terrain. The relatively old crater was filled with sediments in the past, which formed plateaux on erosion.

The flanks of the plateaux clearly exhibit layering of different-coloured material. Differences in colour usually indicate changes in the composition of the material and such layering is called ‘bedding’. Bedding structures are typical of sedimentary rock, which has been deposited either by wind or water. Different rock layers erode differently, forming terraces.

The valleys exhibit gullies, or channels cut in the ground by running liquid, mainly in the northern part of the image. These gullies and the rock-bedding structure indicate that the region has been affected by water.

This perspective view was calculated from the digital terrain model derived from the HRSC stereo channels.