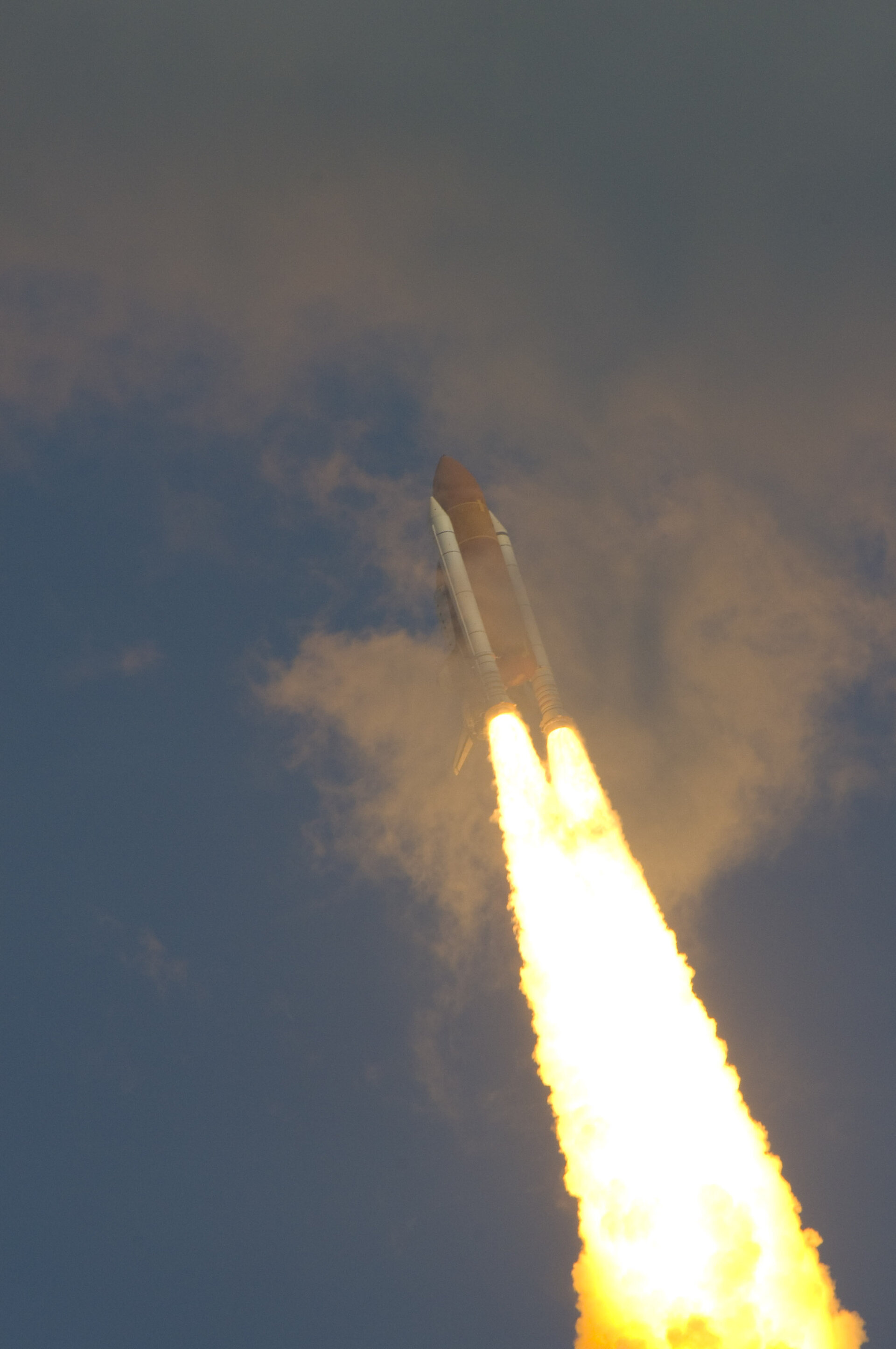 Atlantis lifts off from the Kennedy Space Center, Florida, 7 February 2008.
Columbus, ESA’s advanced science laboratory in space, has been launched into orbit and is on its way to dock with the International Space Station (ISS).
Columbus was on board NASA’s Space Shuttle Atlantis when it lifted off from the Kennedy Space Center in Cape Canaveral, Florida at 20:45 CET, 7 February 2008. For this one-way trip to Earth orbit, Columbus is in the expert hands of a crew of seven astronauts, including two members of the European astronaut corps: Léopold Eyharts of France and Hans Schlegel of Germany.