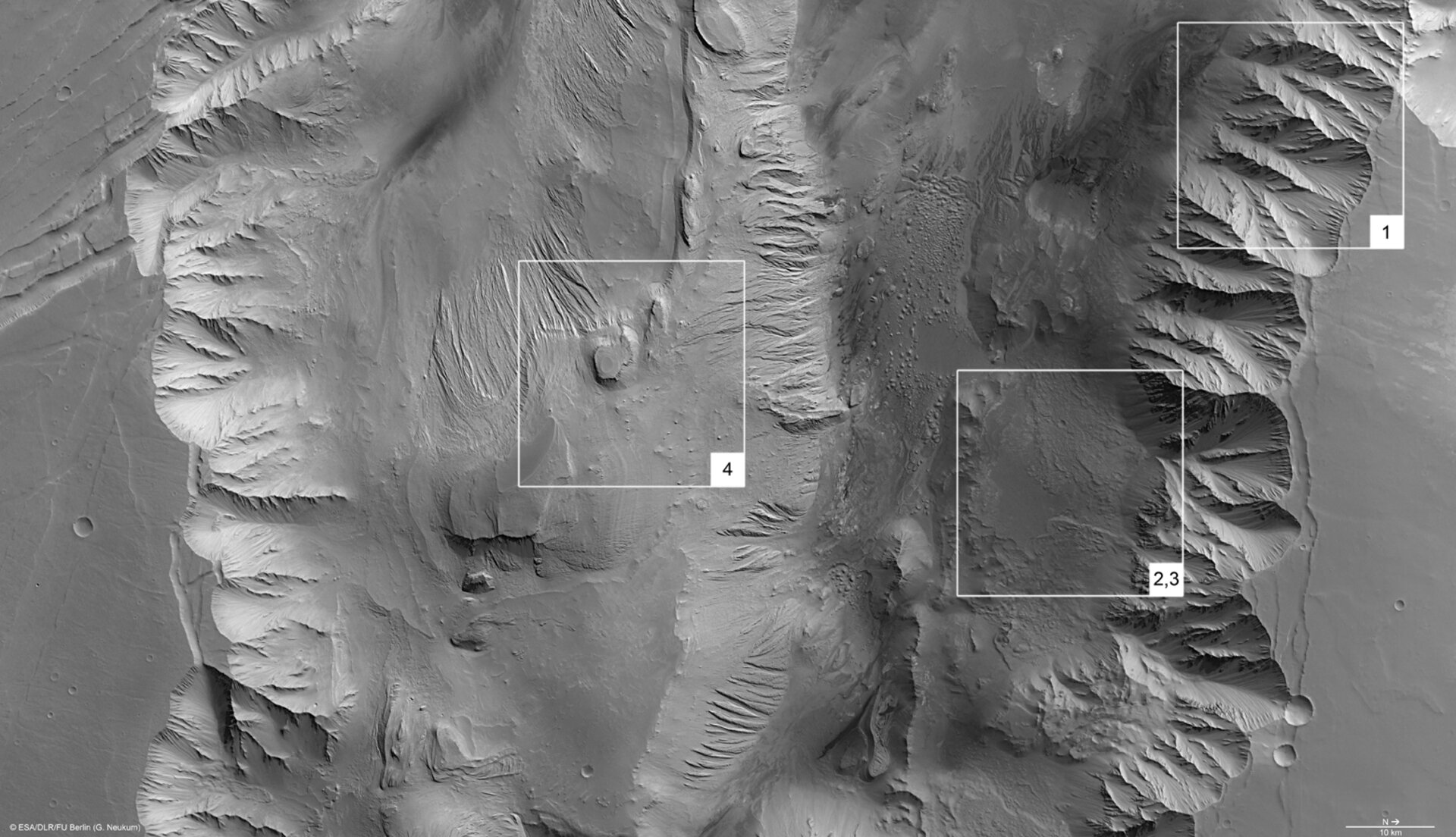 The steep walls of the graben (1) rise to a height of 8500 m above the floor.
They are characterised by remnant rock (small veins of rock branching from the main material) and branching gullies.

The upper part shows rugged, irregular material and appears to be a remnant of the older, basaltic plateau. In contrast, the lower part is smoother and is made up of run-off rock debris and material from larger landslides that formed a slope (2,3).

The graben floor shows flat-topped, hilly deposits (4) which rise up to 1200 m. The deposits show characteristic layering which is known as ‘Interior Layered Deposits’.