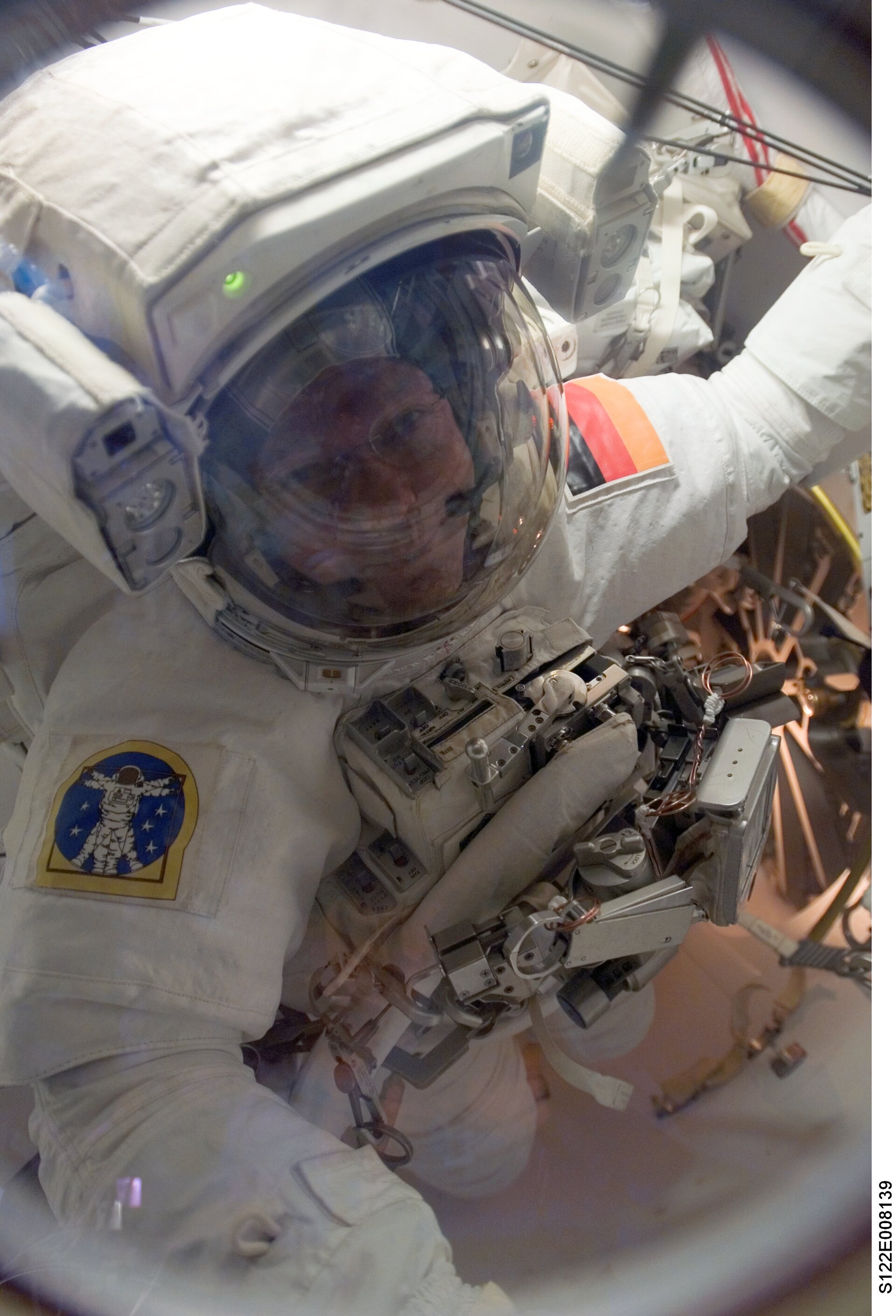 ESA astronaut Hans Schlegel completed his first ever spacewalk on 13 February 2008. The second spacewalk of the STS-122 Shuttle mission lasted six hours 45 minutes. This photo was taken from one of the windows on Space Shuttle Atlantis.