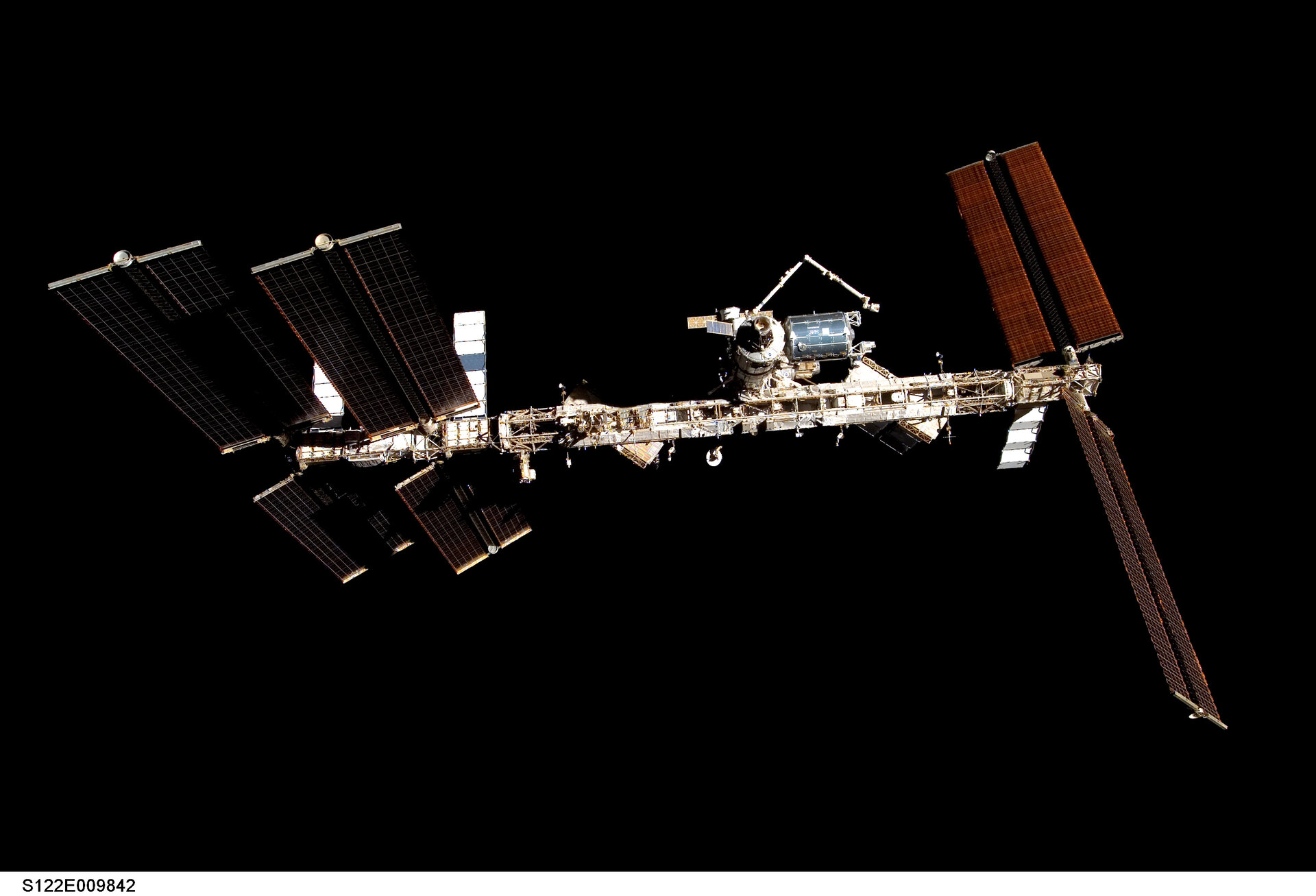 Backdropped by the blackness of space, the International Space Station is seen from Space Shuttle Atlantis as the two spacecraft begin their relative separation. Earlier the STS-122 and Expedition 16 crews concluded almost nine days of cooperative work onboard the shuttle and station. Undocking of the two spacecraft occurred at 10:24 CET (09:24 UT) on 18 February 2008.