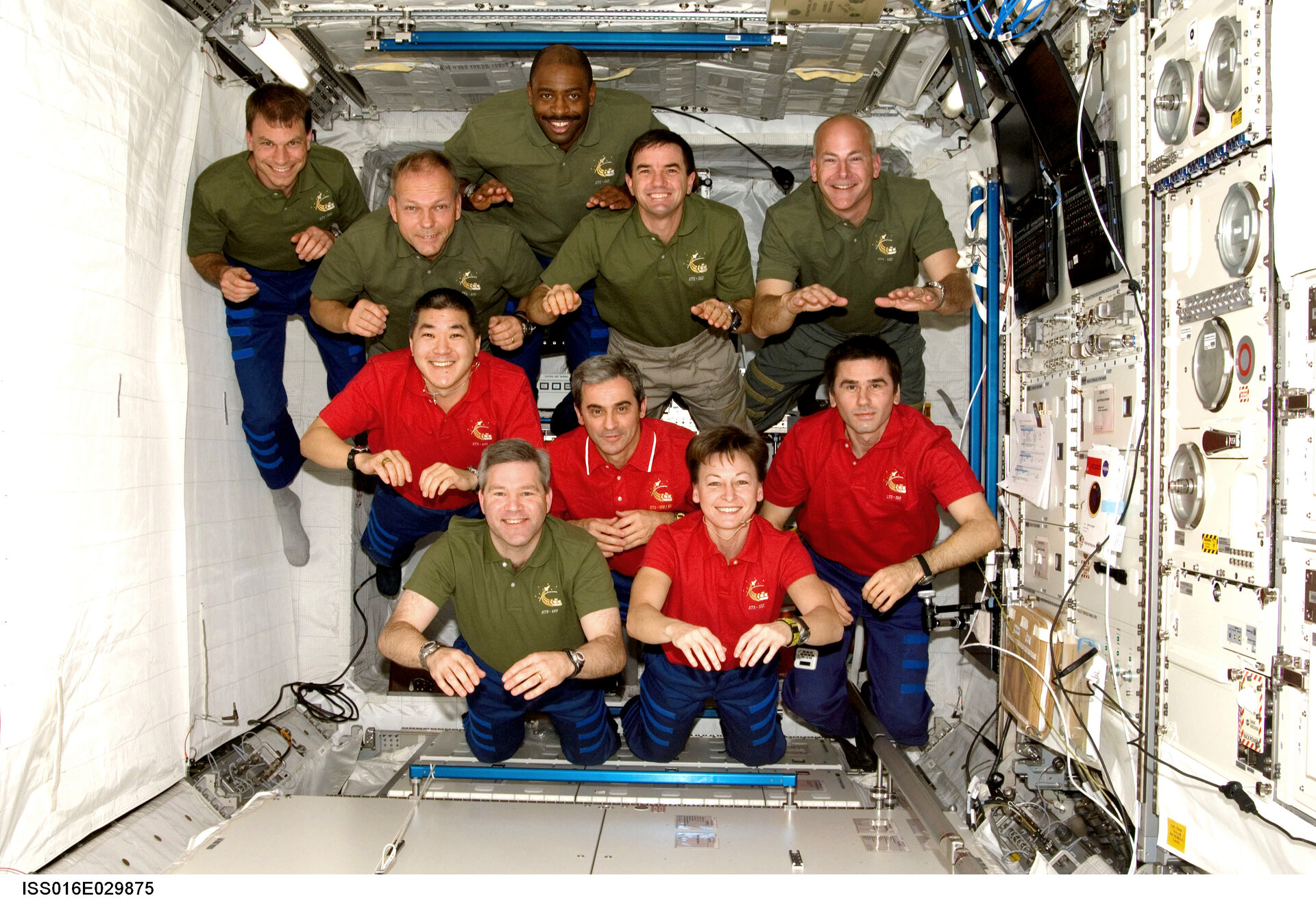 STS-122 and Expedition 16 crews inside Columbus