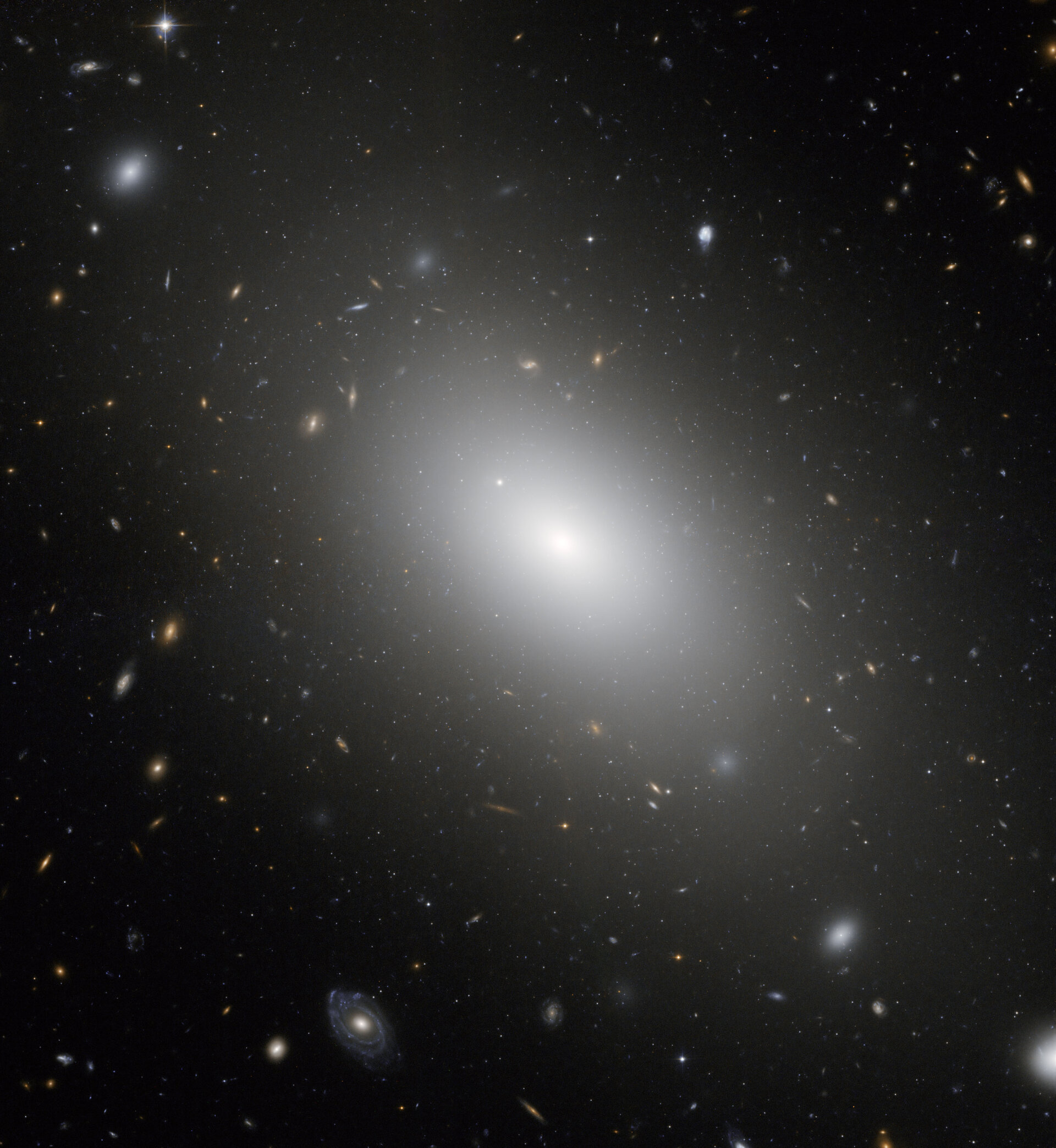 The NASA/ESA Hubble Space Telescope has captured a new image of the galaxy NGC 1132. Most likely, it is a cosmic fossil – the aftermath of an enormous multi-galactic pile-up that has formed a brilliant but fuzzy giant elliptical galaxy, outshining typical ones.

NGC 1132 and the small dwarf galaxies surrounding it are dubbed a fossil group because they are most likely the remains of a group of galaxies that merged together in the recent past.

In this Hubble image, NGC 1132 is seen surrounded by thousands of ancient globular clusters, swarming around the galaxy like bees around a hive. These globular clusters are likely to be the survivors of the process where their parent galaxies, were eaten up by NGC 1132. Studying the clusters may reveal the merger history. In the background, there is a stunning tapestry of numerous galaxies that are much further away.