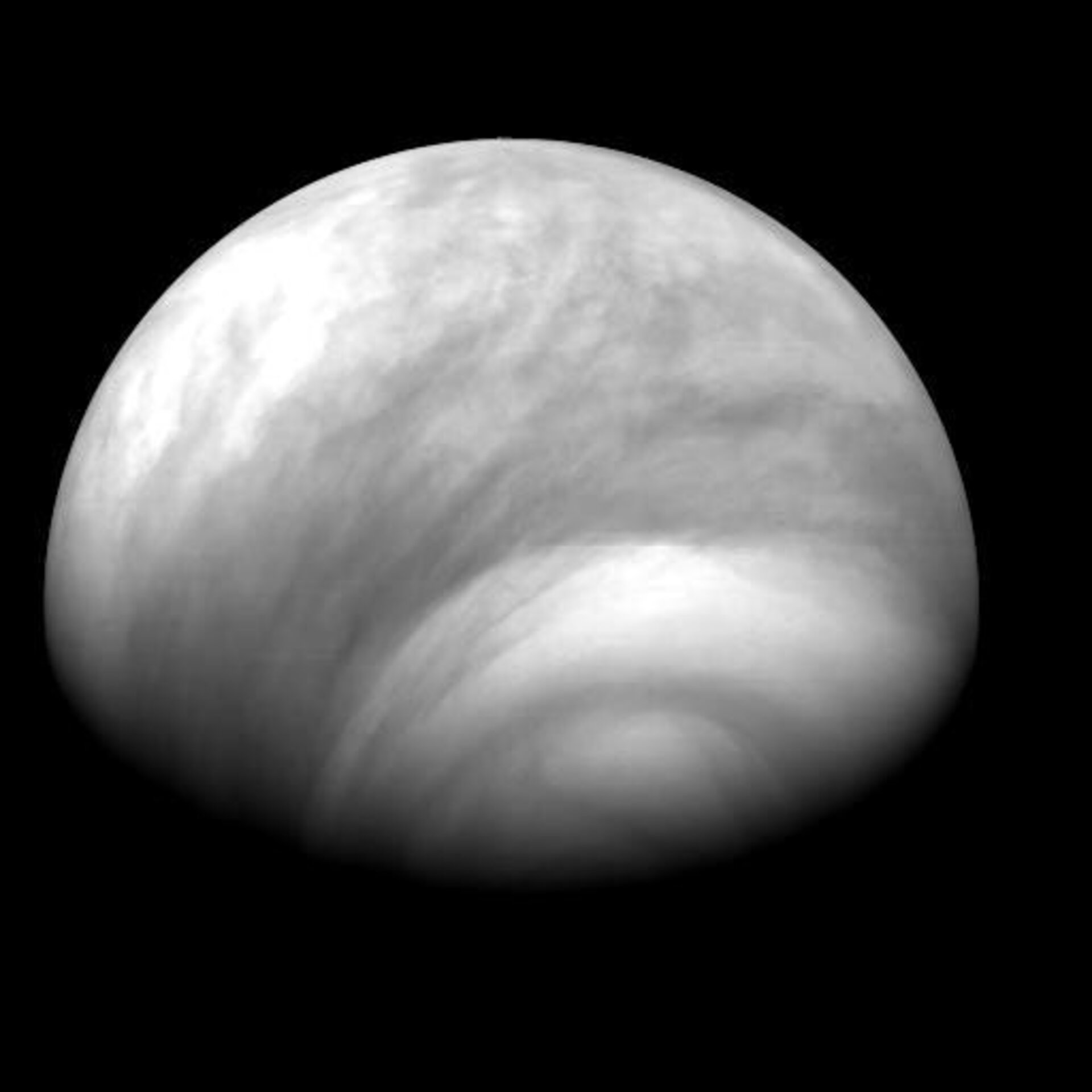 This is a picture of Venus’s atmosphere, taken by the Venus Monitoring Camera (VMC) during Venus Express orbit number 470 on 4 August 2007. The view shows the southern hemisphere of the planet.

These Venus Monitoring Camera (VMC) images show the dynamic changes in Venus’s light and dark clouds. These clouds are visible only at ultraviolet wavelengths and are remarkably changeable, altering the reflectivity of the planet by a third over periods of just a few days. While researchers believe that the bright haze is produced by sulphuric acid particles, the chemistry behind the dark regions is unknown.