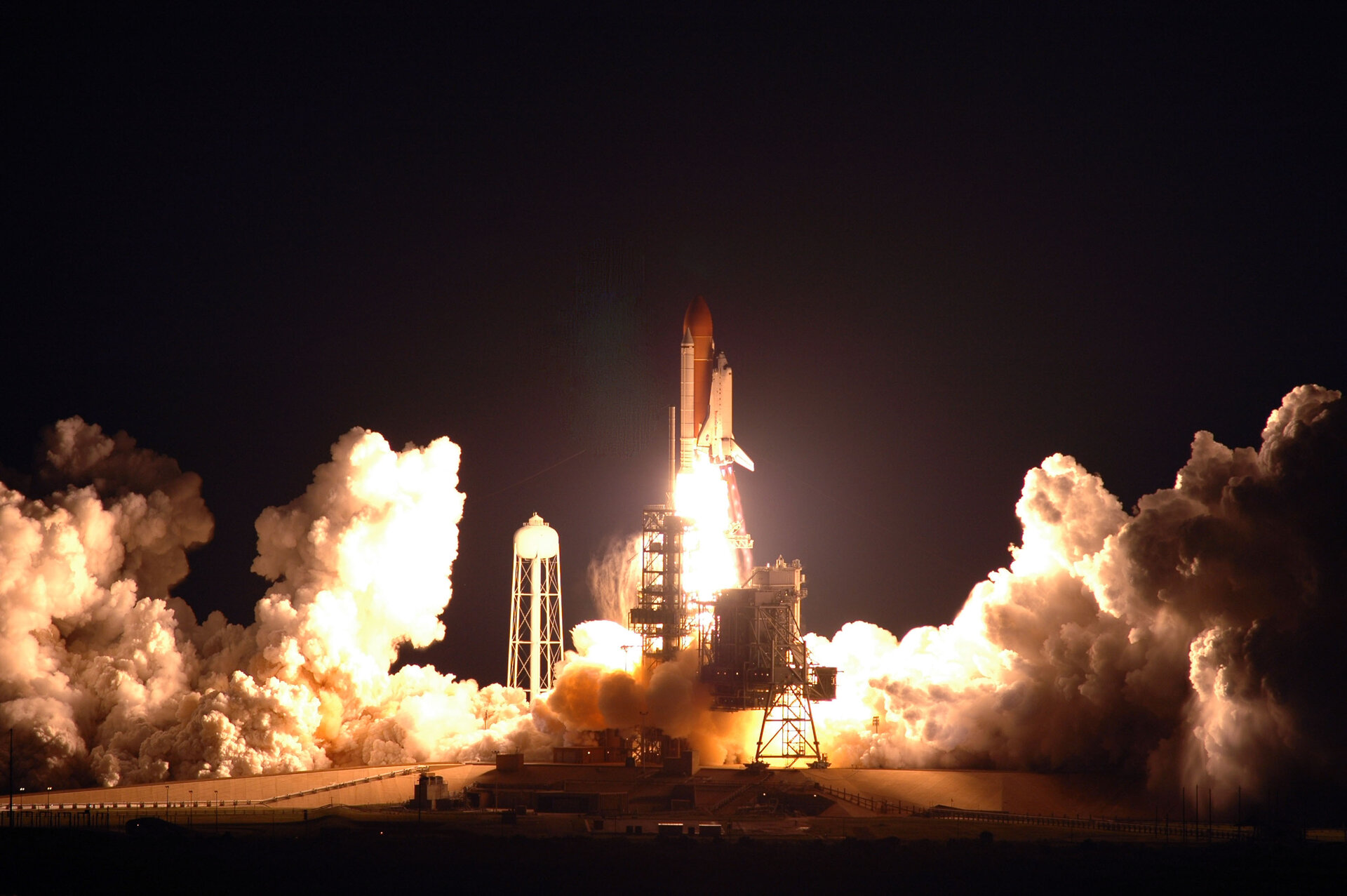 The Space Shuttle Endeavour lights up the early morning sky at NASA's Kennedy Space Center in Florida, lifting off at 2:28 a.m. EDT on Tuesday, March 11. Endeavour's mission, STS-123, will carry two new components to the International Space Station: the first section of the Japanese Kibo lab and Canada's two-armed robotic system, known as Dextre.
Endeavour will also deliver a new station crew member, Garretr Reisman, and bring back European Space Agency astronaut Leopold Eyharts, who has been on the station since Feb. 9. 2008