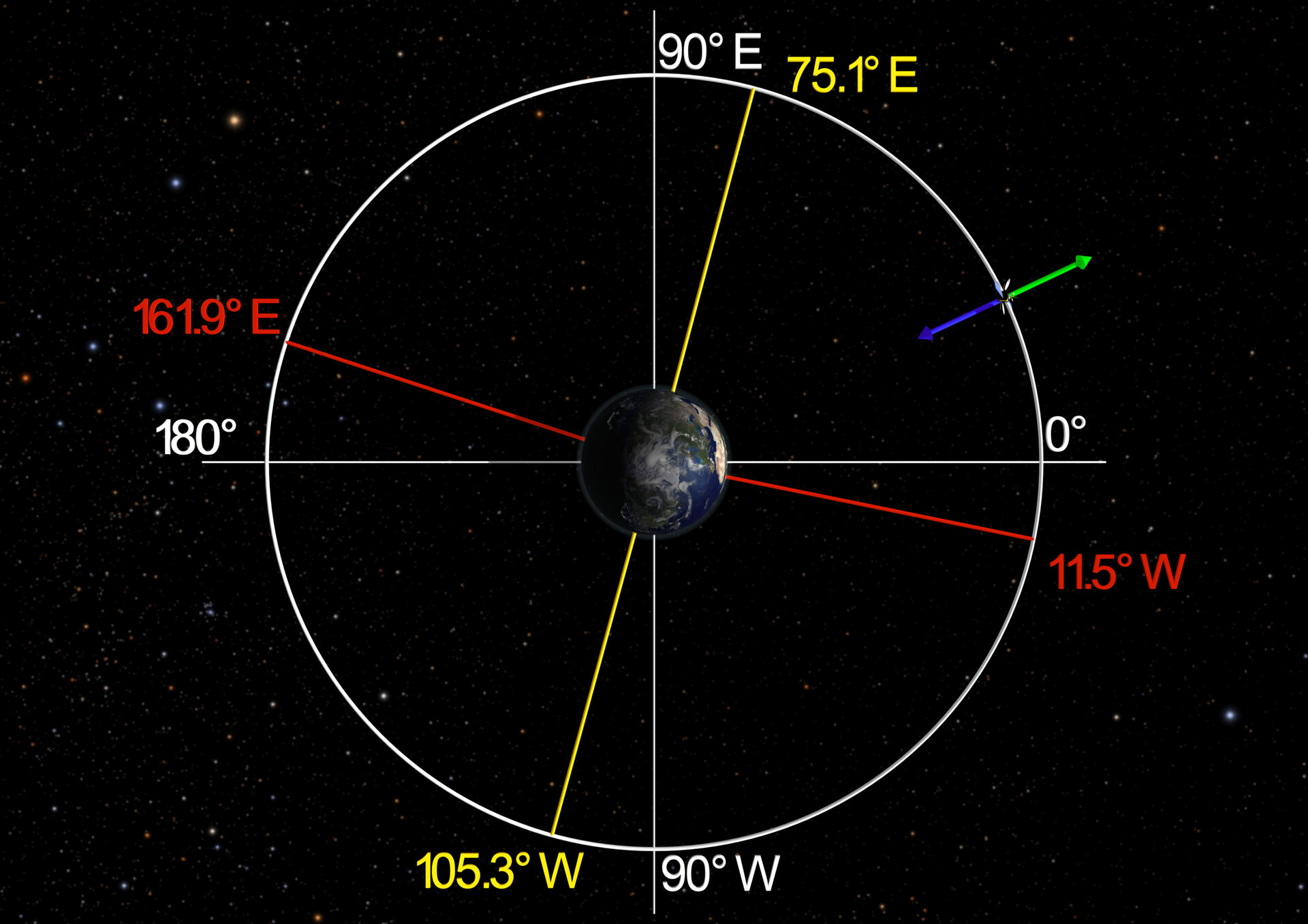 One of the perturbing forces is due to the fact that the Earth is not a perfect sphere. The slightly irregular mass distribution inside the Earth changes the gravity force, for instance near 75 degrees East, as shown here in yellow. The sum of the Earth's gravity and the centrifugal force does not vanish. Instead a small force remains, pulling the spacecraft towards the 75 degree meridian. If the satellite is not continuously pushed back, it will librate about this - or its antipodal - equilibrium point.

Note that there are stable points at 75 degrees East and 105 degrees West.