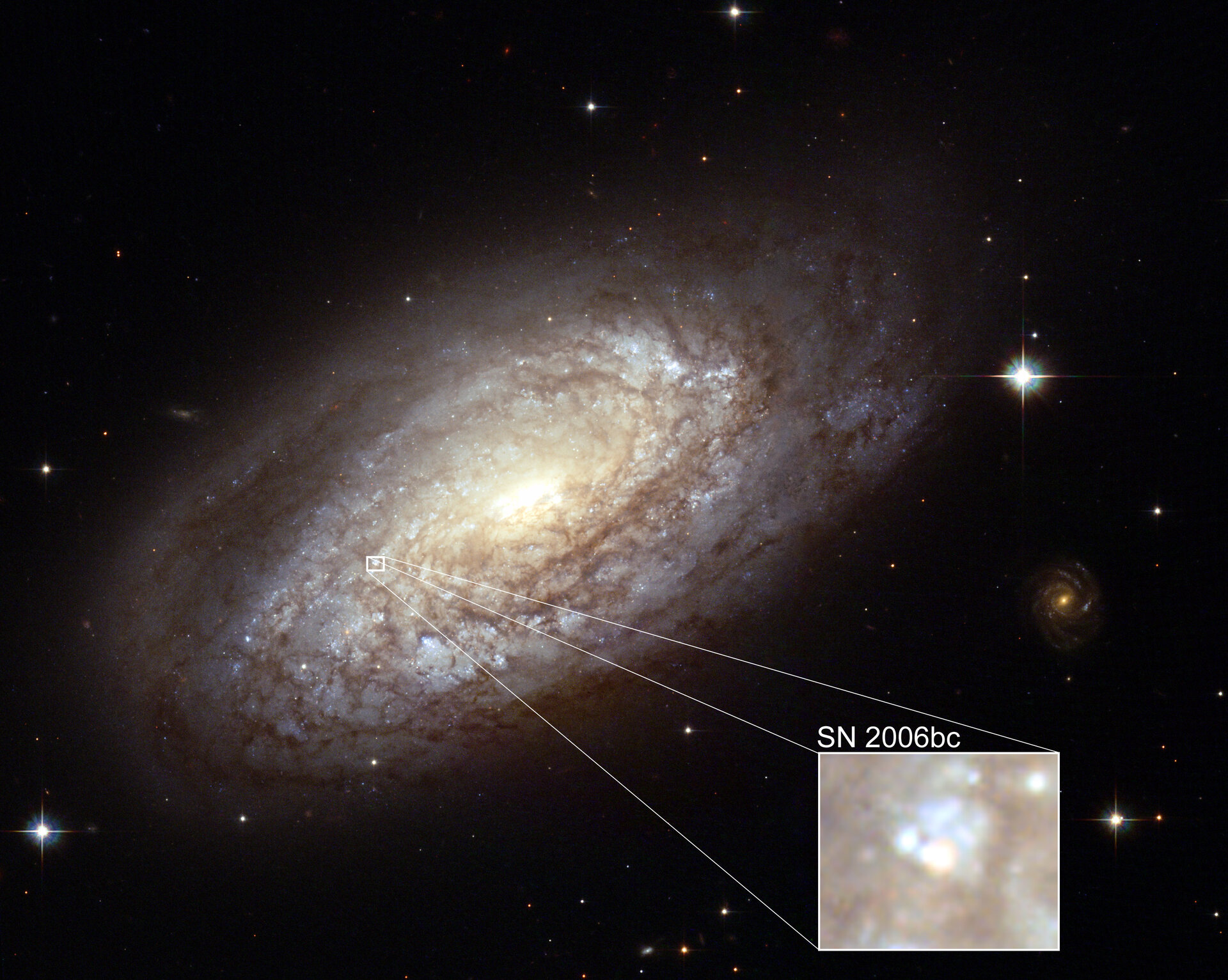 One atypical feature of this Hubble image of the galaxy NGC 2397 is the view of supernova SN 2006bc (marked in the white rectangle) taken when it was still fairly faint and its brightness on the increase. Astronomers from Queen's University Belfast in Northern Ireland, led by Professor of Astronomy Stephen J. Smartt, requested the image as part of a long project studying massive exploding stars — supernovae. Exactly which types of star will explode and the lowest mass of star that can produce a supernova are not known.