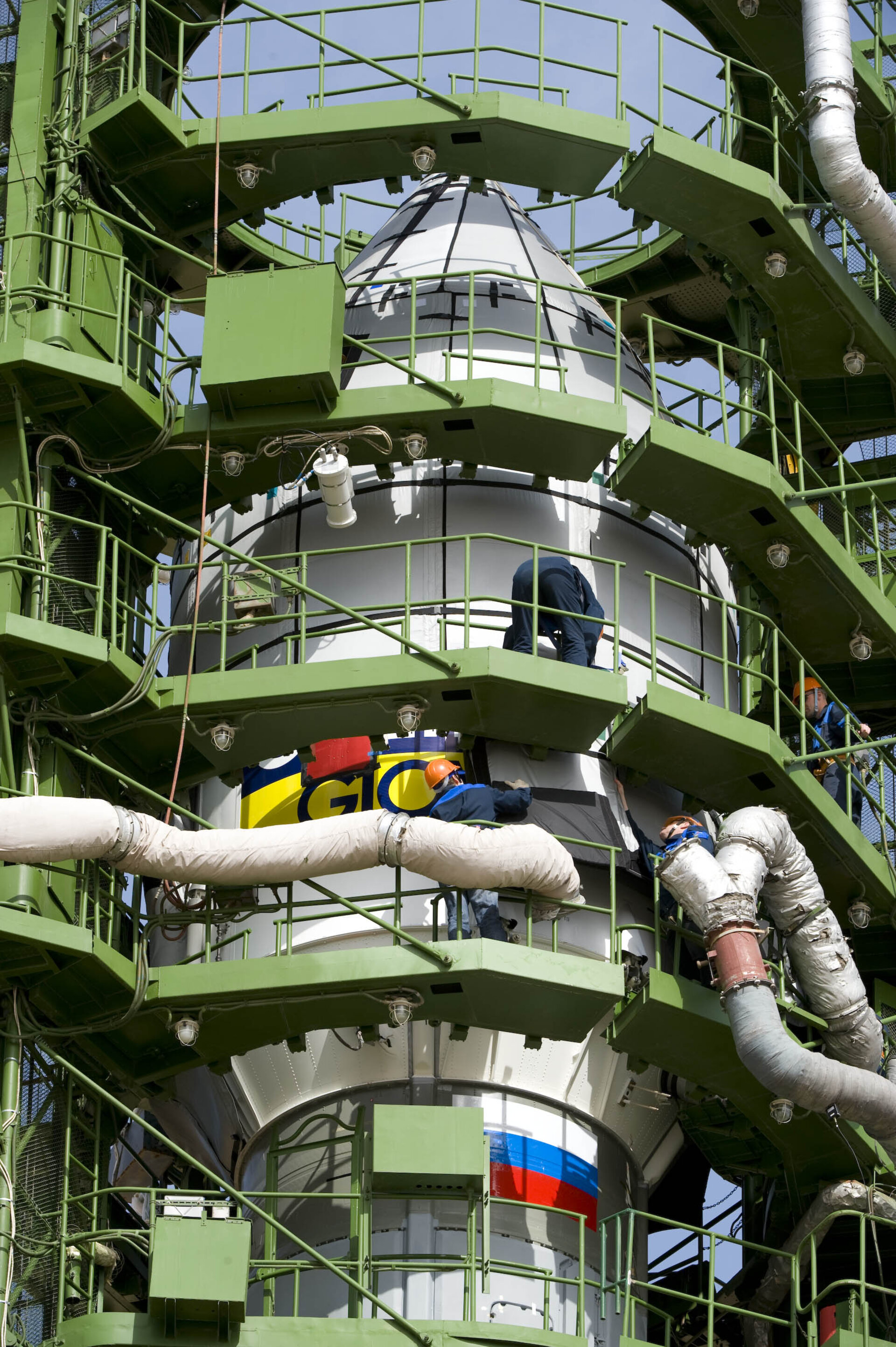 Payload fairing of the Soyuz-Fregat launcher

Close up view, of the payload fairing of the Soyuz-Fregat launcher carrying ESA's GIOVE-B satellite, on the launch pad in Baikonour, Kazakhstan, on April 25, 2008. Taken while engineers were removing insulation blankets of the launcher's fairing. The launcher's fairing was covered by insulation blankets during transfer to the pad and early pad operations.