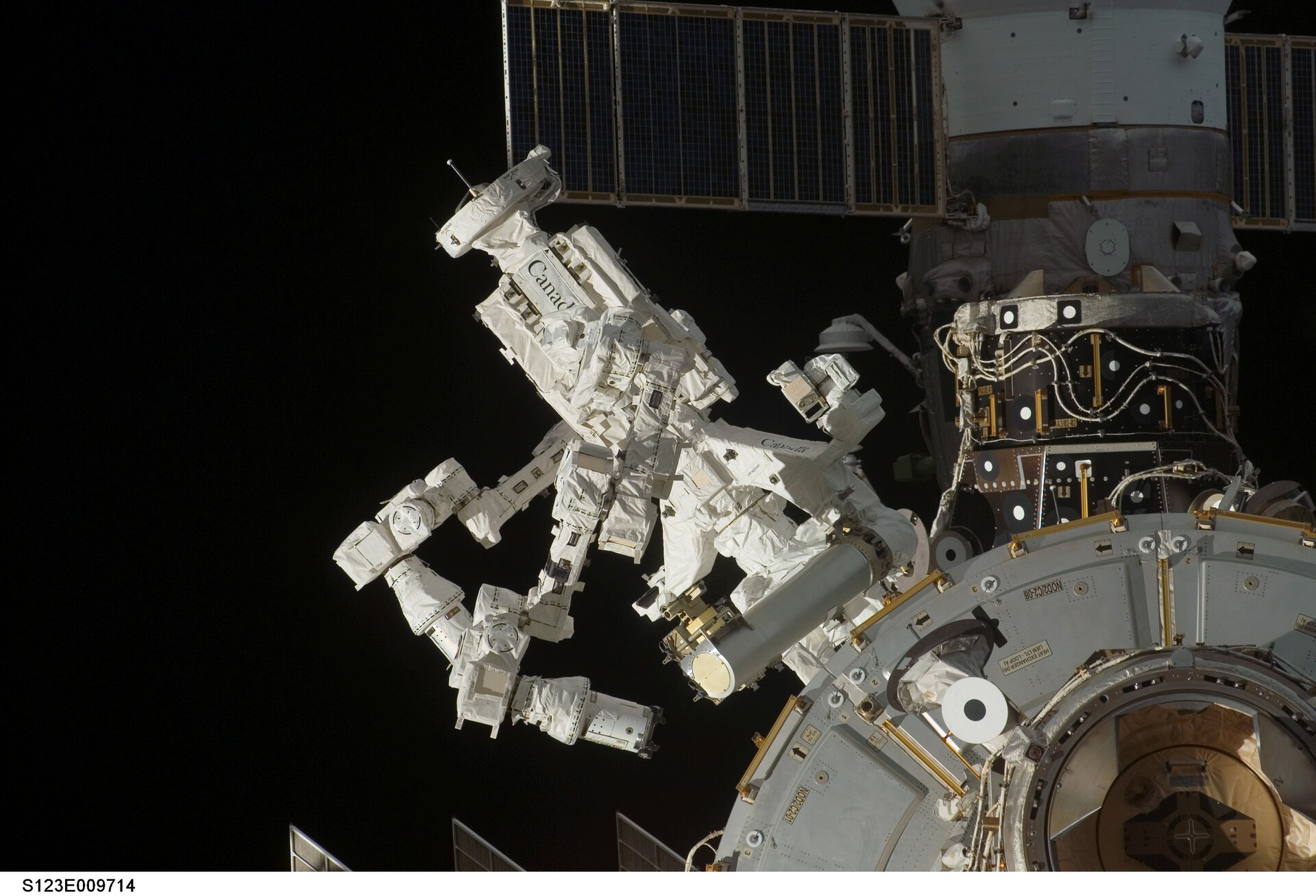 Located on the exterior of the International Space Station's Harmony node, the Canadian-built Dextre, also known as the Special Purpose Dextrous Manipulator, is photographed from Space Shuttle Endeavour as the two spacecraft begin their relative separation. Designed for station maintenance and service, Dextre is capable of sensing forces and movement of objects it is manipulating. It can automatically compensate for those forces and movements to ensure an object is moved smoothly. Dextre is the final element of the station's Mobile Servicing System. Earlier the STS-123 and Expedition 16 crews concluded 12 days of cooperative work onboard the shuttle and station. Undocking of the two spacecraft occurred at 7:25 p.m. (CDT) on March 24, 2008.