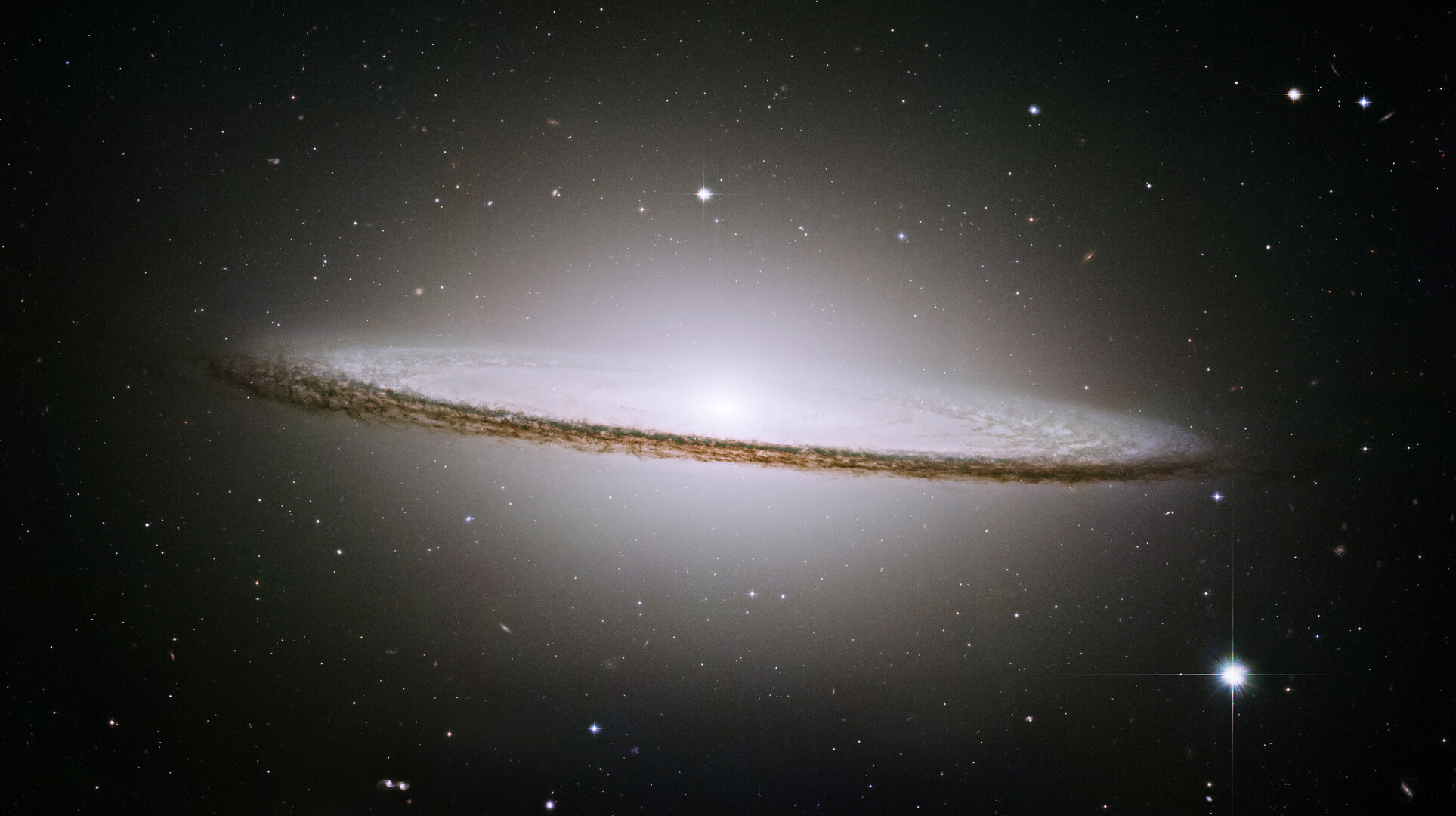 A galaxy and its halo

This image of the Sombrero galaxy or M104 was taken by the NASA/ESA Hubble Space Telescope.

The galactic disc shows spiral arms similar to that of the Milky Way. Above and below the disc the galactic halo can be seen clearly. This halo is a sphere which contains fewer stars by volume as compared to the galactic disc.

Ulysses proved that comic rays of galactic origin spend much of their lifetime (about 20 million years) in the galactic halo before they reach the sphere of influence of the Sun, or the heliosphere.