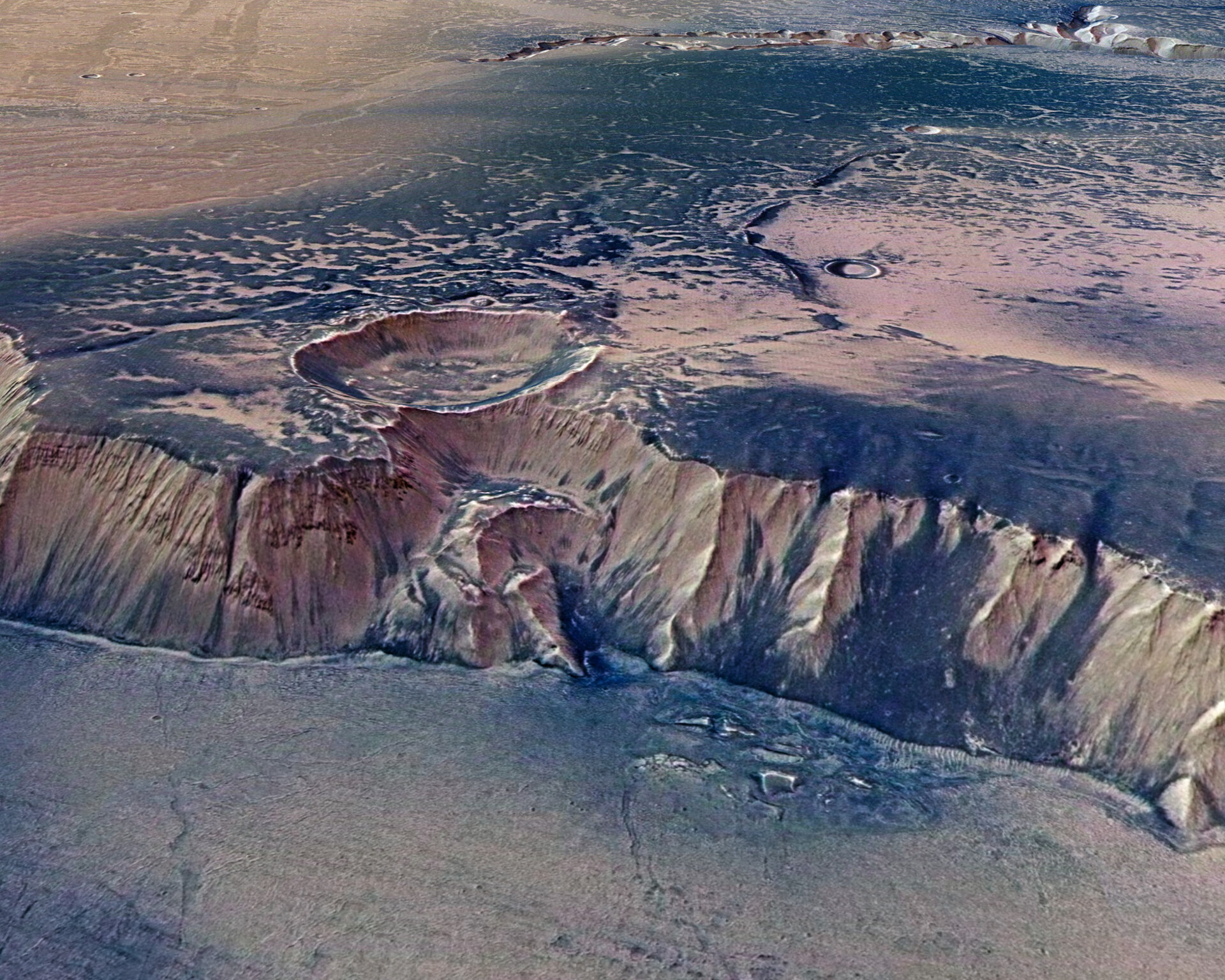 An impressive cliff, up to 4000 m high, is located in the eastern part of Echus Chasma. Gigantic water falls may once have plunged over these cliffs on to the valley floor. The remarkably smooth valley floor was later flooded by basaltic lava.