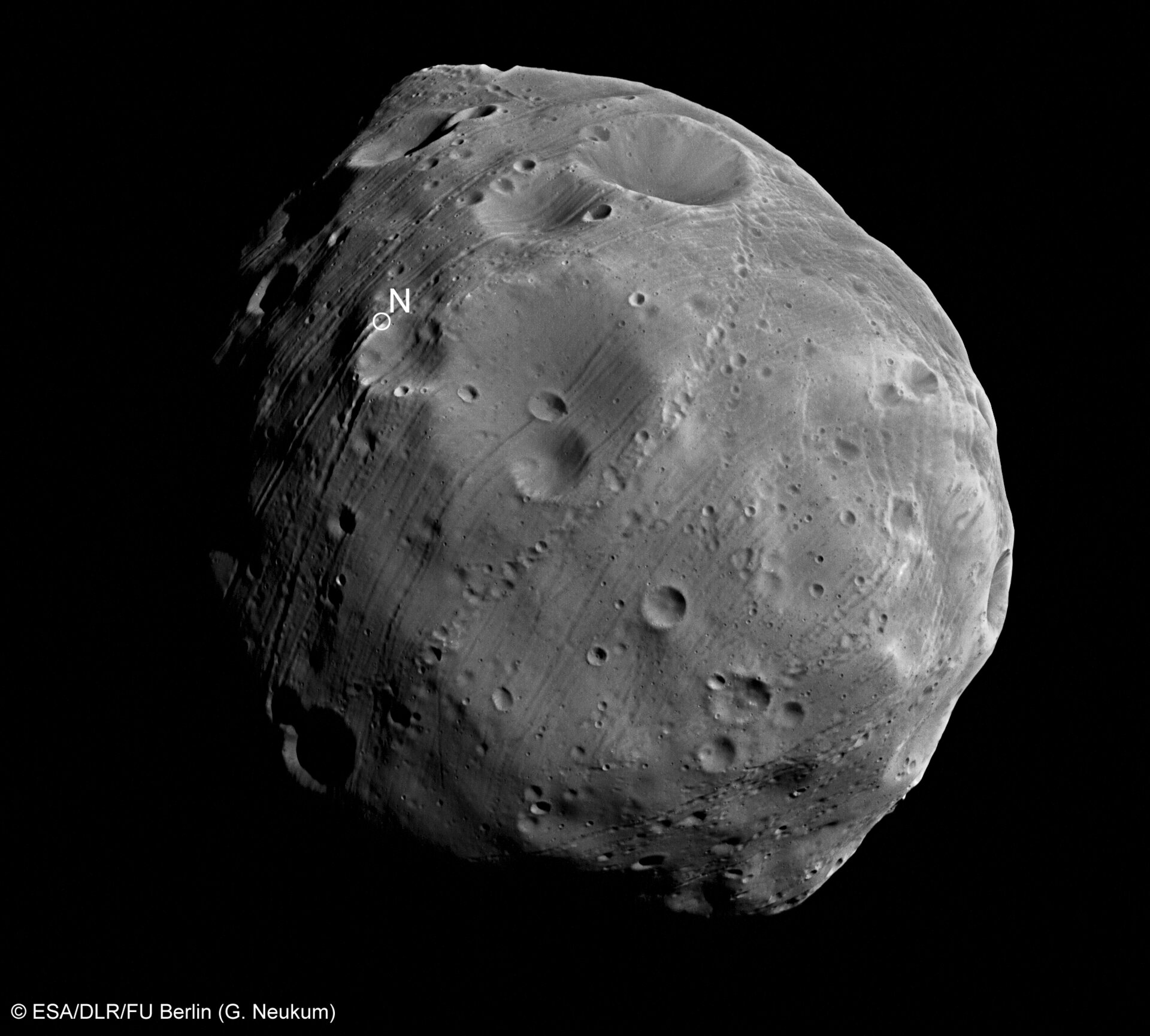 This image was obtained by the High Resolution Stereo Camera (HRSC) on board ESA’s Mars Express on 28 July 2008 (orbit 5870), at a distance of 351 km from the moon’s centre. The image was taken using the camera’s nadir channel, at a resolution of 14 m/pixel.

The origin of Phobos is debated. While its density, lower than the density of the Martian surface rocks, make it appear to belong to D-class asteroids, the moon appears to share many surface characteristics with the class of carbonaceous C-type asteroids, which suggests it might have been captured from this population. However, it is difficult to explain either the capture mechanism or the following evolution of its orbit into the equatorial plane of Mars. An alternative hypothesis is that it formed in its present position, and is therefore a remnant from the planetary formation period.