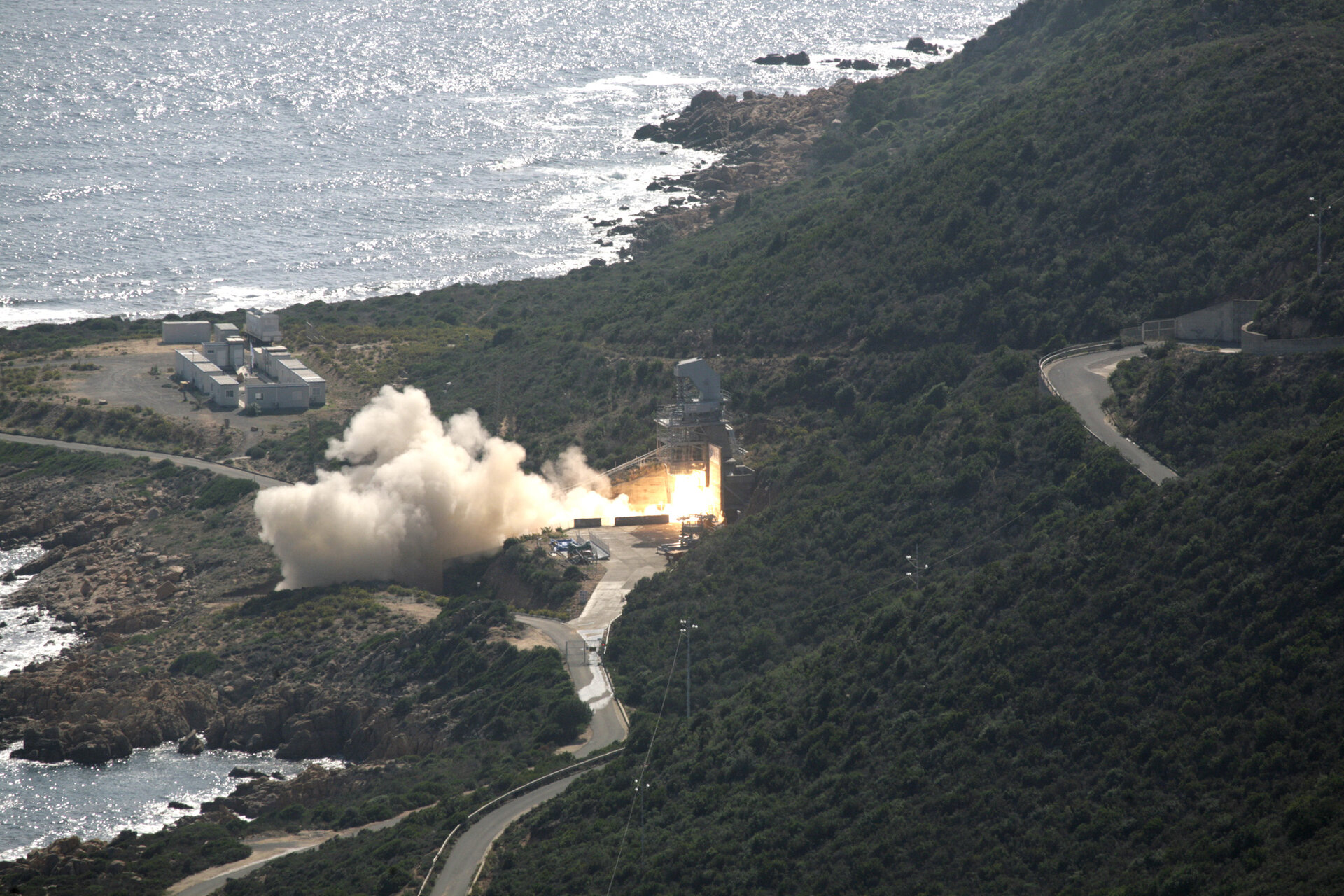 On 23 October, the Zefiro 9-A motor successfully completed its first firing test at the Salto di Quirra Inter-force Test Range in Sardinia (Italy). This test is a significant step towards the Vega launcher’s qualification flight, scheduled to take place by the end of 2009.

After a nominal 120-second burn time, during which a maximum combustion pressure of 75 bar was reached, the roar of the motor stopped as expected. The first results confirm the expected performance increase for this enhanced version of the motor, as well as the robustness of the modifications introduced in the nozzle design.