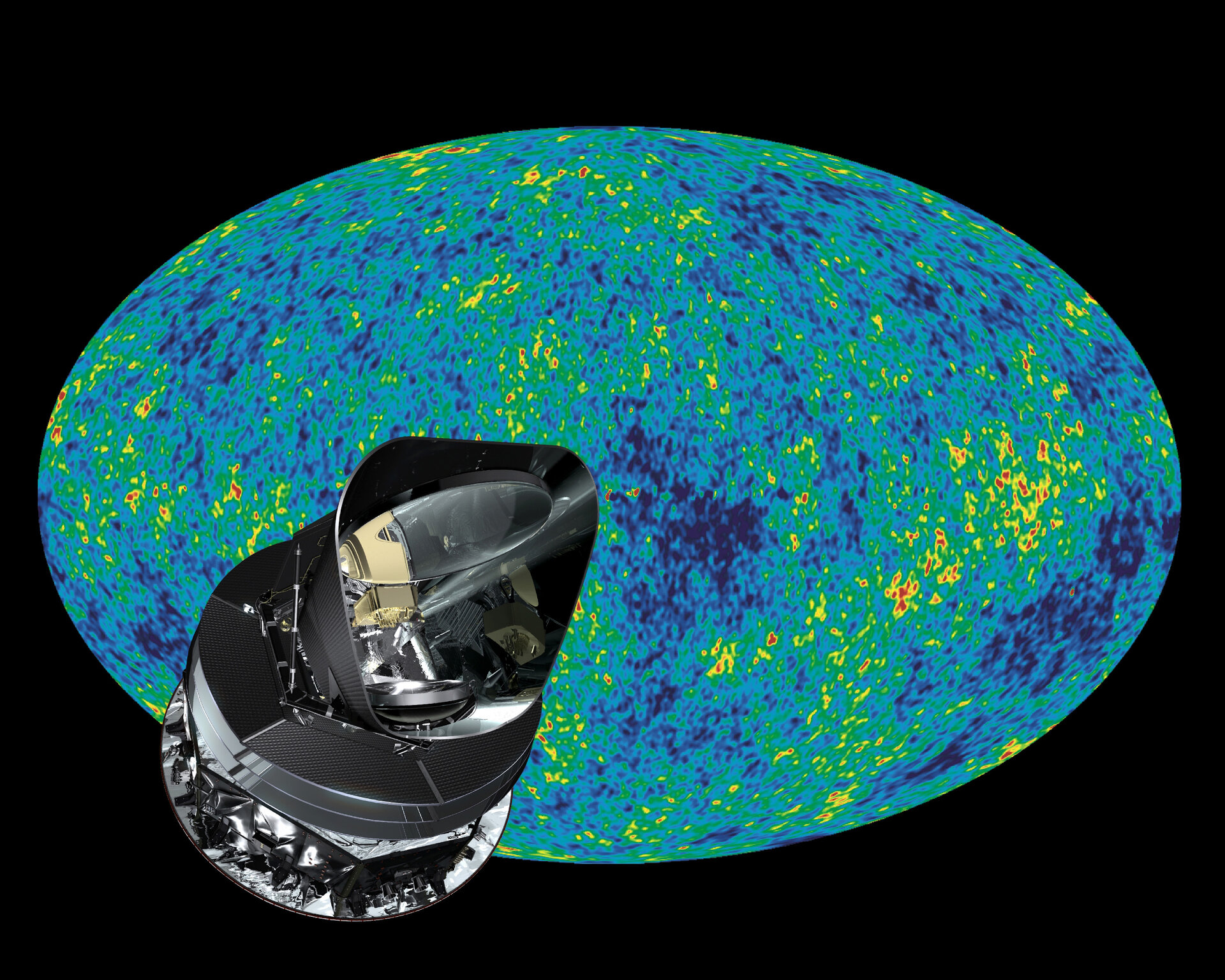 ESA’s Planck satellite will observe the cosmic microwave background (CMB), the radiation released into the Universe shortly after the Big Bang, about 13 700 million years ago, when the first light started to travel freely in space. From that time, what was once a searing fireball has cooled to become a background sea of microwaves.

Planck will measure the temperature variations across this microwave background with much better sensitivity, angular resolution and frequency range than any previous satellite. The combination of these factors will give astronomers an unprecedented view of our Universe when it was extremely young: just 380 000 years old.

In this picture Planck is superimposed on a false-colour map of the CMB charted by NASA's WMAP satellite in 2003.

Planck will improve enormously the sharpness and clarity of all the features in the map and will increase the amount of useful cosmological information by around a factor of 15.