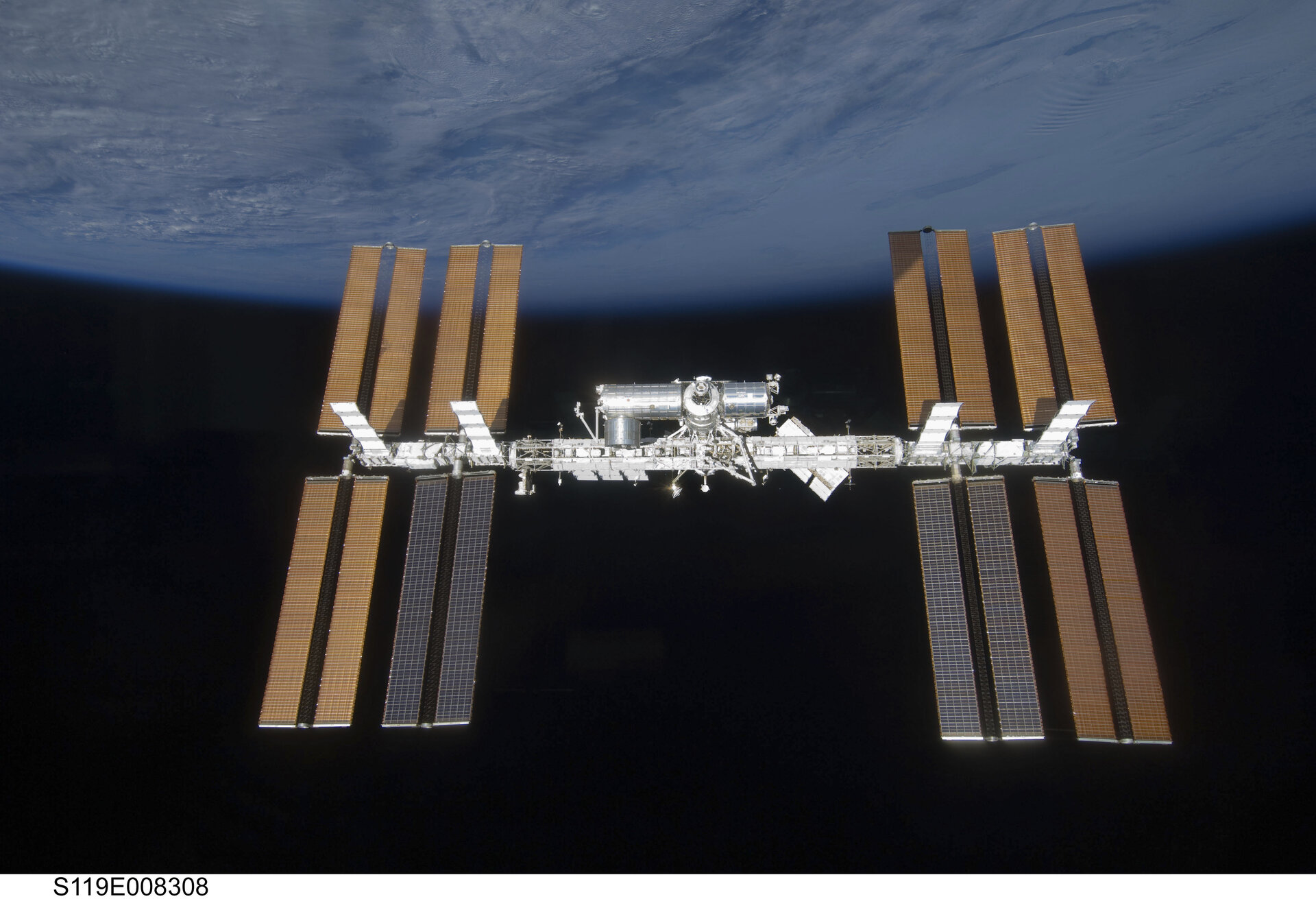 S119-E-008308 (25 March 2009) --- Backdropped by the blackness of space and Earth’s horizon, the International Space Station is seen from Space Shuttle Discovery as the two spacecraft begin their relative separation. Earlier the STS-119 and Expedition 18 crews concluded 9 days, 20 hours and 10 minutes of cooperative work onboard the Shuttle and Station. Undocking of the two spacecraft occurred at 20:53 CET on 25 March 2009.