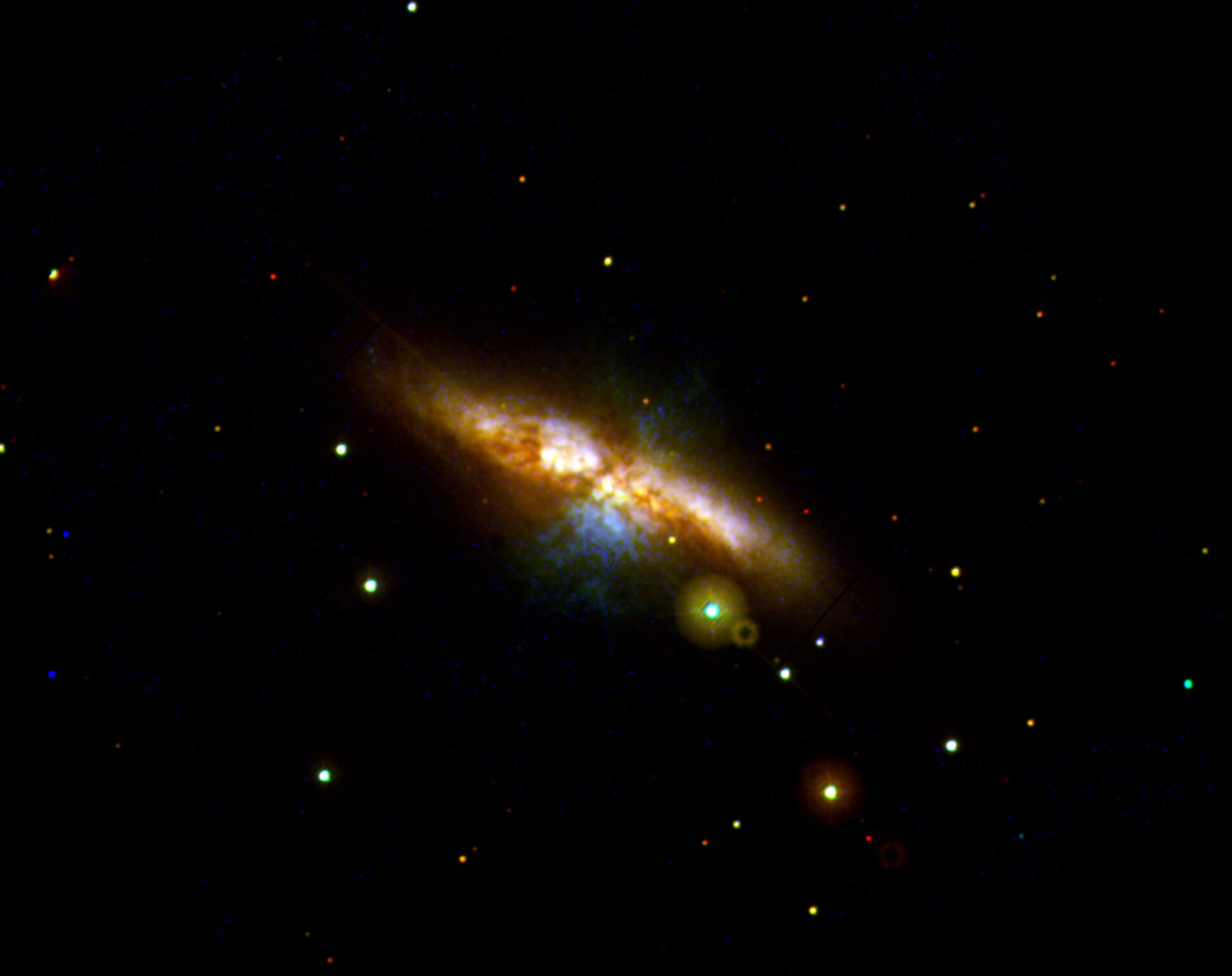 Optical and ultraviolet image of Messier 82

Optical and ultraviolet image of Messier 82, also known as the M82, the Cigar Galaxy and NGC 3034.

Located in the constellation Ursa Major at a distance of about 12 million light-years, it is the nearest and one of the most active starburst galaxies, i.e. it shows an exceptionally high rate of star formation. M82 is interacting gravitationally with its neighbour, the spiral galaxy Messier 81, which is most probably the cause for the violent starburst activity in its circumnuclear region.

The image shows the very bright starry disc of the galaxy with striking dust lanes. It is composed of several different XMM-Newton observations of Messier 82, adding up to 52.5 hours of observing time in total. It includes the special observation for IYA2009.