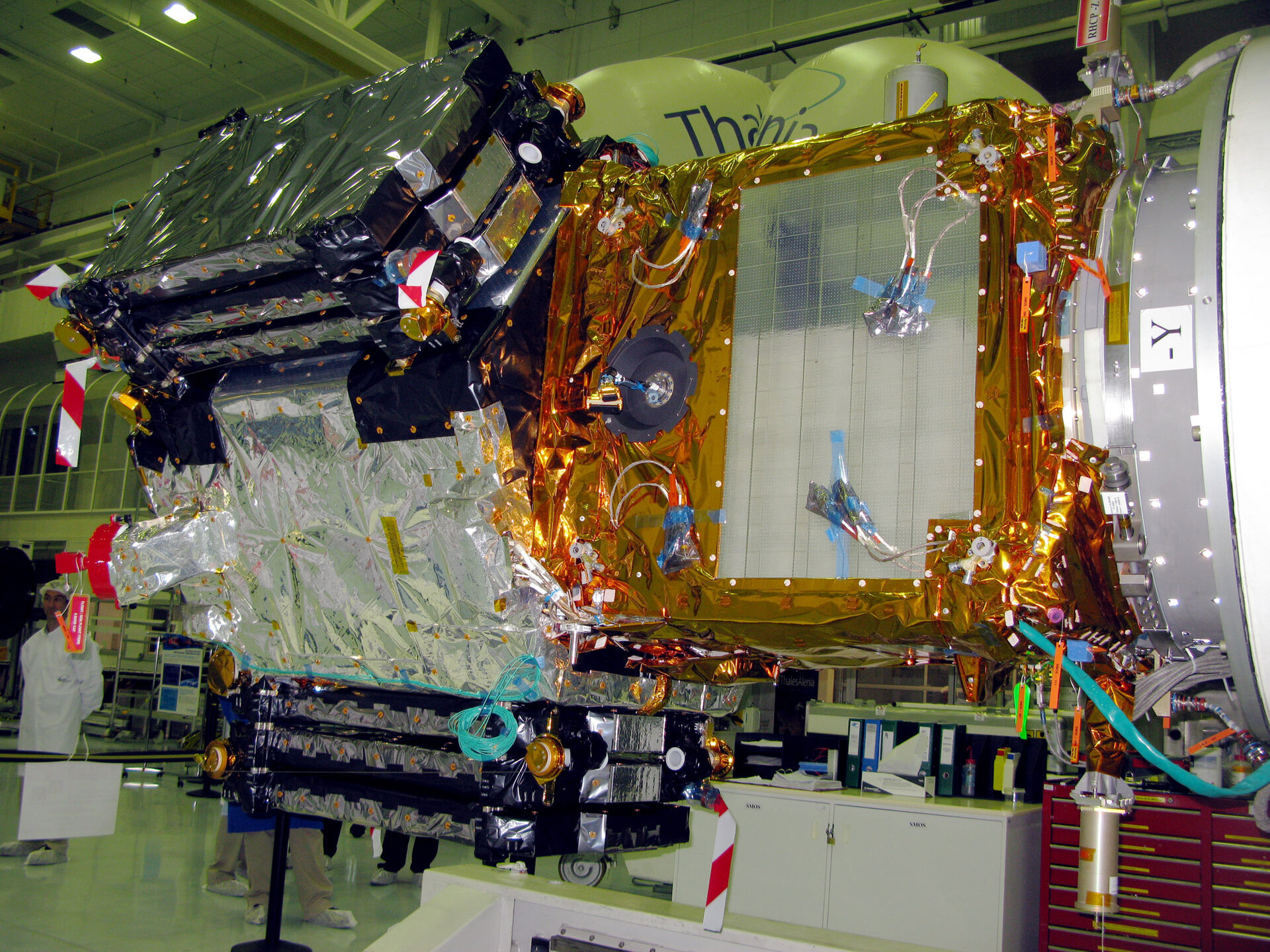 The SMOS satellite in the cleanroom at Thales Alenia Space in Cannes, France on 24 April 2009. The satellite, which has just come out of storage, will soon be prepared for shipment to the Plesetsk Cosmodrome in northern Russia.
The three antenna arms, which form the measuring instrument are currently folded up but once launched they unfold into a Y-shape. The instrument that carries 69 separate antenna-receivers which measure radiation emitted from Earth at L-band where the frequency is about 1.4 GHz/21 cm wavelength to derive information on soil moisture and ocean salinity.