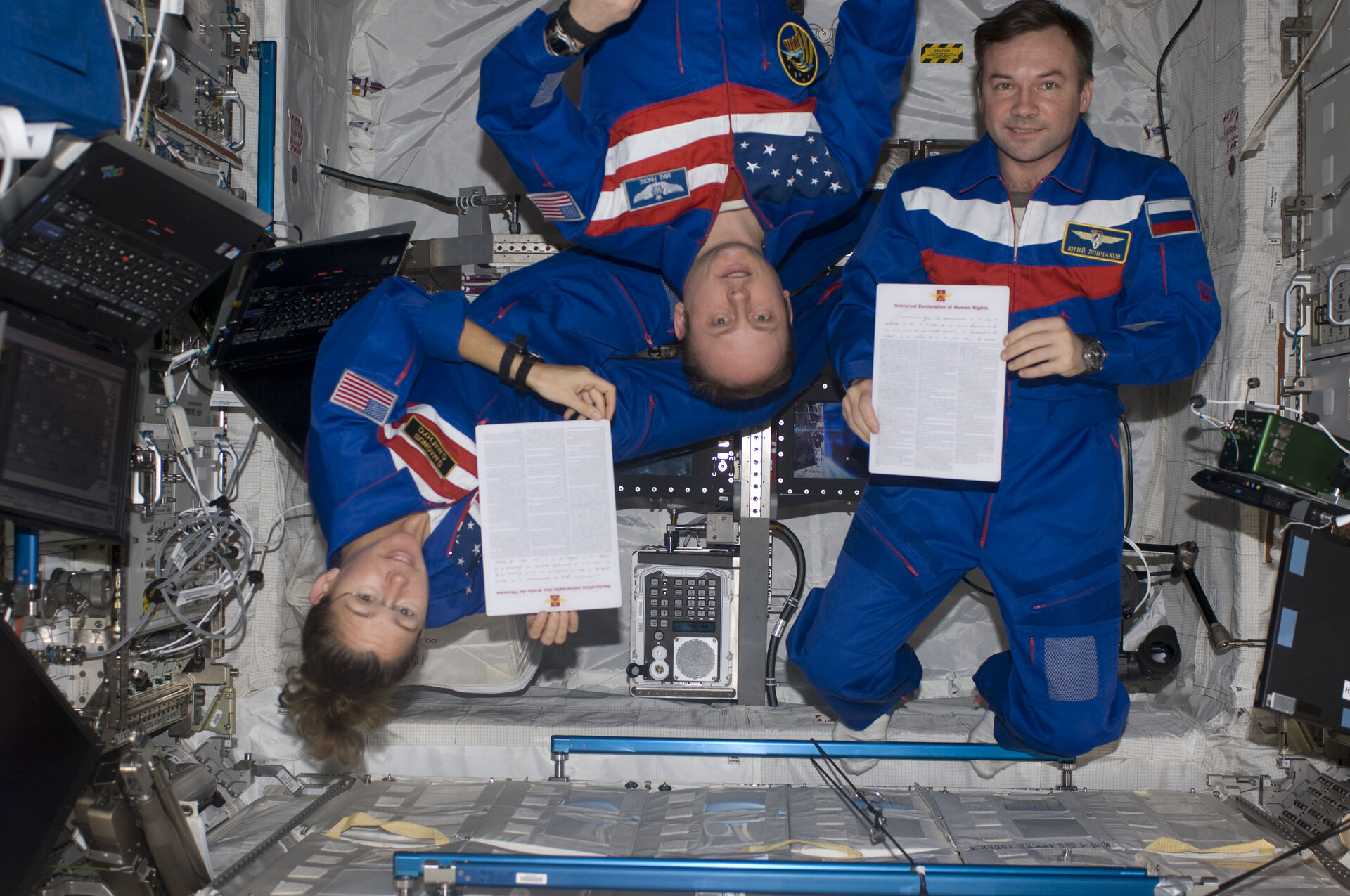 Expedition 18 crewmembers Sandra Magnus, Mike Fincke and Yury Lonchakov display the Universal Declaration of Human Rights inside the European Columbus laboratory. The documents were carried into space with Space Shuttle Endeavour on 15 November 2008. The launch of the Declaration on board Endeavour was part of a year long calendar of celebrations to mark 60 years since the it was first adopted by the United Nations General Assembly at the Palais de Chaillot in Paris, France. Protected in space-proof packaging, the Declaration reached the International Space Station when Endeavour docked with the orbital outpost on 16 November. It is stored on a permanent basis inside Columbus.