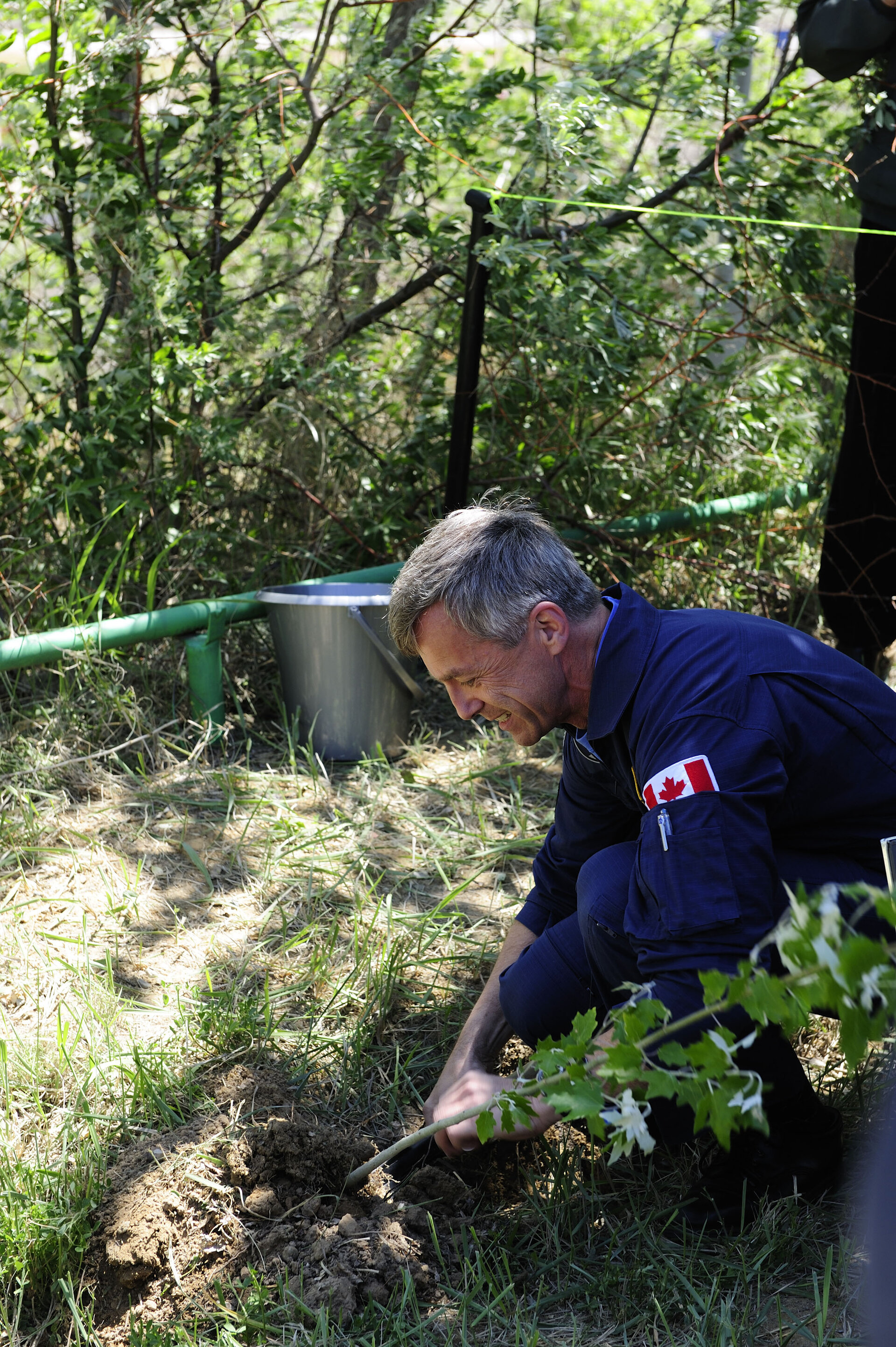 The Soyuz TMA-15 crew, ESA astronaut Frank De Winne, Russian cosmonaut Roman Romanenko and Canadian Space Agency astronaut Robert Thirsk (De Winne and Romanenko out of frame), take part in a tree-planting ceremony in the grounds of the Cosmonaut Hotel in Baikonur, Kazakhstan, on 25 May 2009. This is just one of the many traditions the crew participates in during the build-up to their launch with the Soyuz from Baikonur Cosmodrome. The Soyuz TMA-15 is scheduled for launch to the International Space Station (ISS) on 27 May 2009 at 12:34 CEST. Their arrival at the ISS two days later will increase the size of the resident Expedition crew from three to six for the first time ever. The launch marks the start of De Winne's OasISS mission which sees him spend six months on the Station, initially as a Flight Engineer for Expedition 20. With a crew rotation due in October, he later takes over as ISS Commander for Expedition 21 - he will be the first European to take on this role.