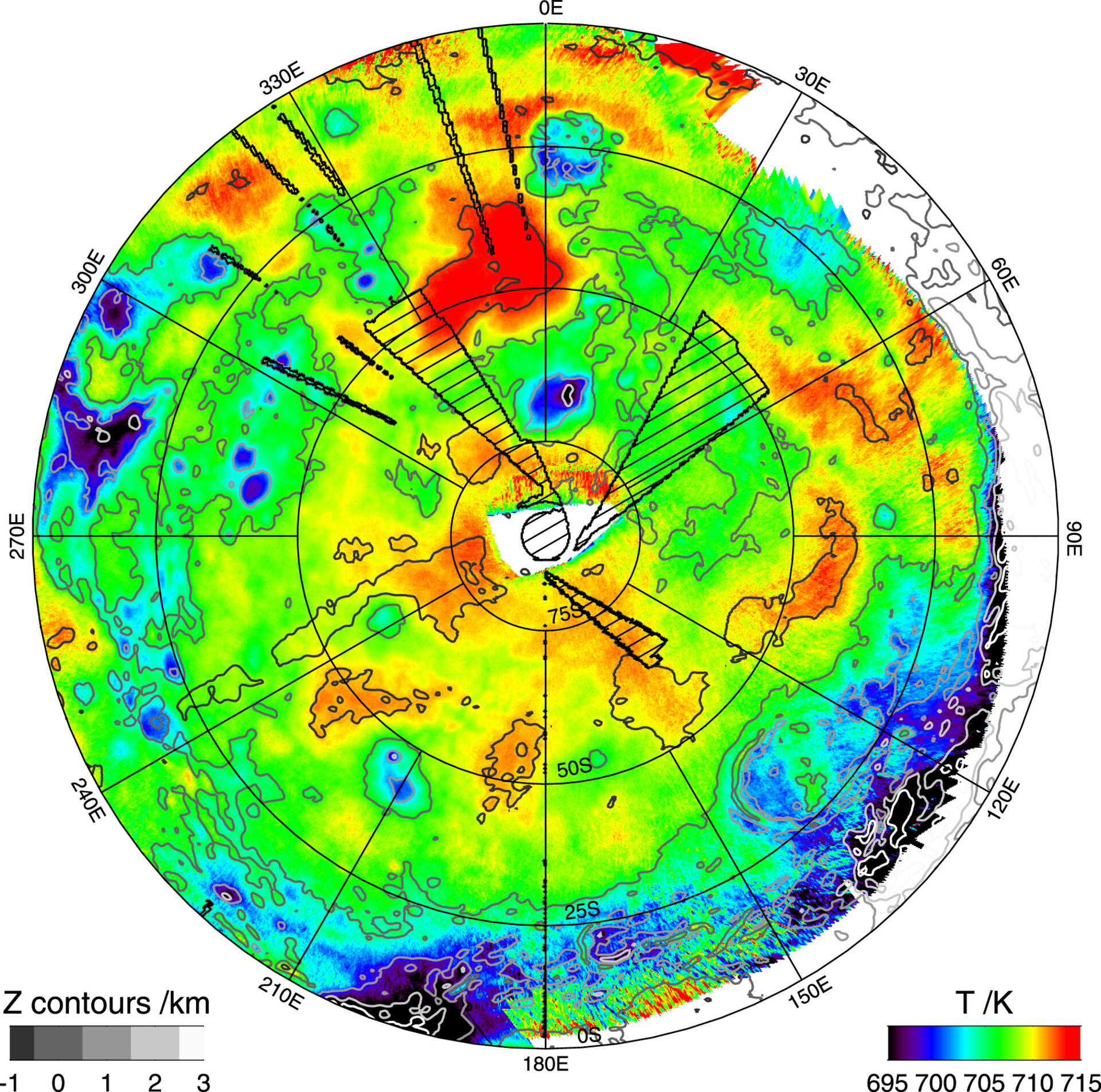 The new map hints that our neighbouring world may once have been more Earth-like, with a plate tectonics system and an ocean of water.

The map comprises over a thousand individual images, recorded between May 2006 and December 2007, from a distance of about 60 000 km. Because Venus is covered in clouds, normal cameras cannot see the surface, but Venus Express used a particular infrared wavelength that can see through them. The new data are consistent with suspicions that the highland plateaus of Venus are ancient continents, once surrounded by ocean and produced by past volcanic activity.