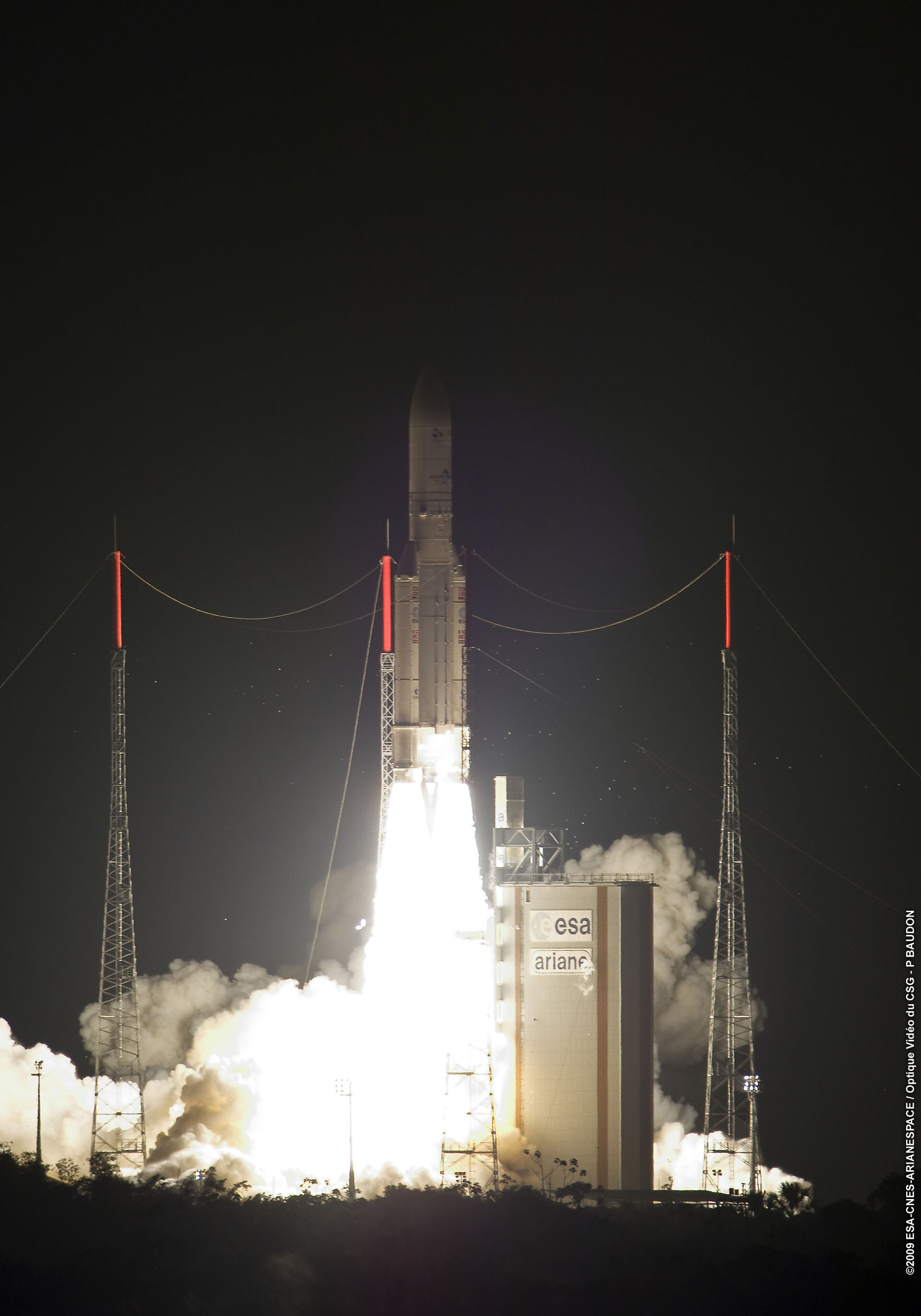 The Ariane 5 ECA launcher of flight V190 lifts off from Europe’s Spaceport in French Guiana on its mission to place two telecommunications satellites, JCSat-12 and Optus D3, into geostationary transfer orbits.

JCSat-12 will operate in the Ku- and C-bands, providing broadcast and broadband services covering Japan, the Oceania and Asia-Pacific regions and Hawaii. Optus D3 will operate in the Ku-band, delivering direct-to-home TV broadcast, Internet, telephony and data transmission services for Australia and New Zealand. The payload mass for this launch was 7622 kg; the satellite masses totalled 6523 kg, with payload adapters and dispensers making up the additional 1099 kg.