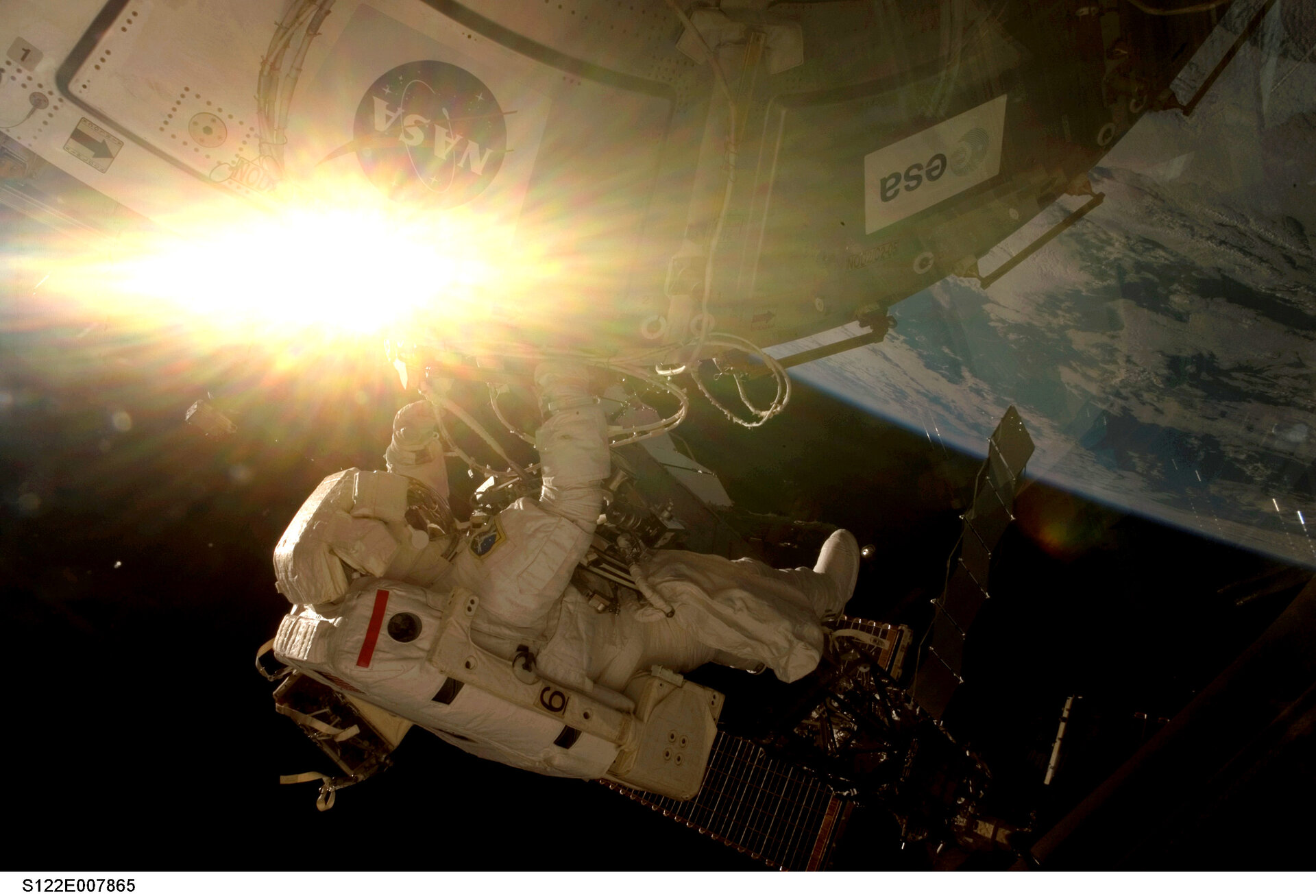 The European Columbus laboratory was installed during the first spacewalk of the STS-122 mission. NASA astronauts Stanley Love and Rex Walheim spent nearly eight hours outside the International Space Station. Their tasks included preparation of Columbus for transfer from Space Shuttle Atlantis' payload bay to the starboard side of the Station's Harmony module.