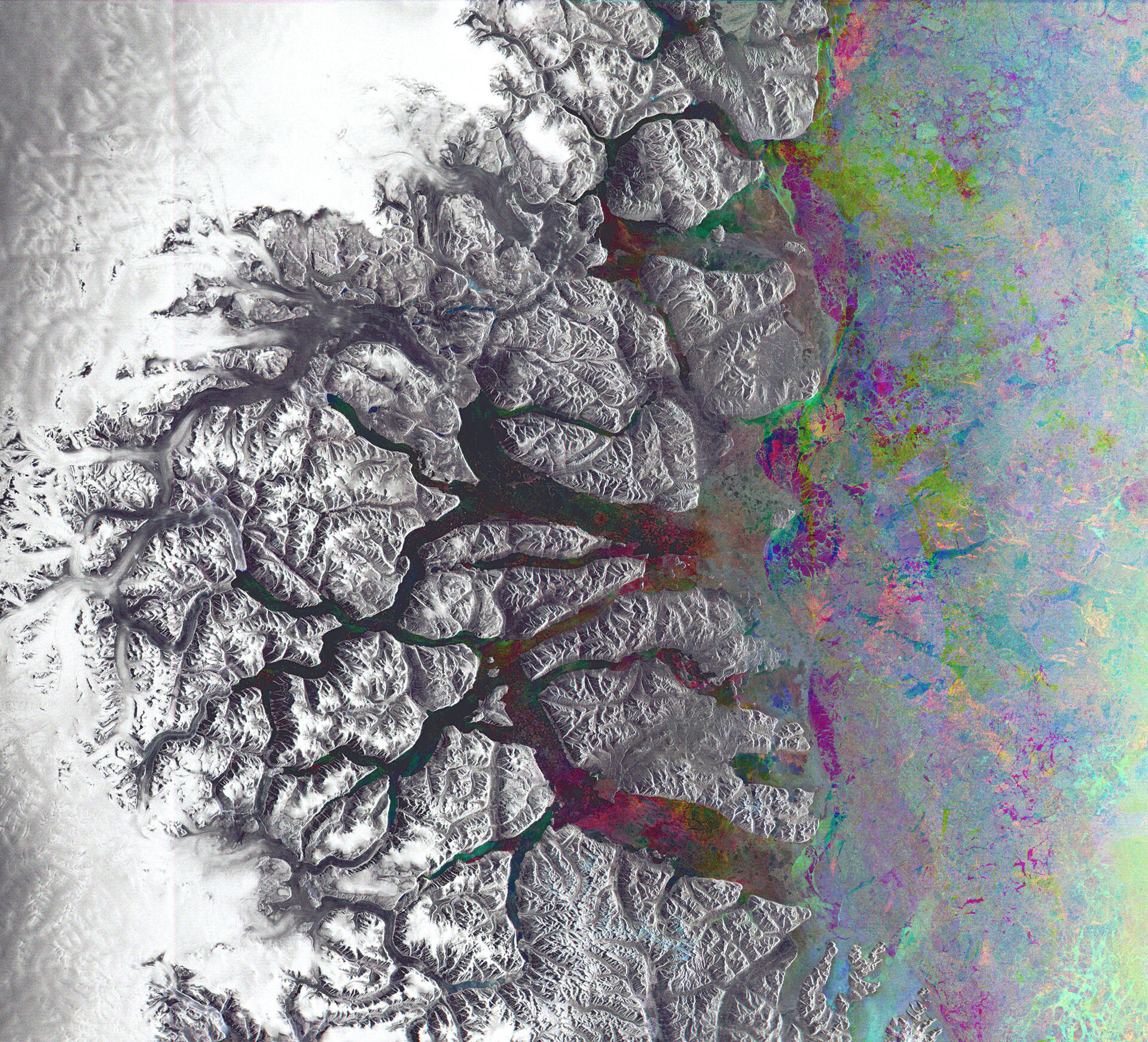 The highly indented and ruggedly mountainous coast of eastern Greenland is featured in this Envisat image. The Greenland Sea, a southern arm of the Arctic Ocean, is visible along the right side of the image. The south-easterly portion of the Northeast Greenland National Park, the world’s largest and most northerly national park, is visible (in white) along the left. The colourful, narrow inlet (10–25 km wide) visible near the bottom of the image is Kong Oscar Fjord.

As radar images represent surface backscatter rather than reflected light, there is no colour in a standard radar image. This image was created by combining three Envisat ASAR acquisitions (23 November 2008, 28 December 2008 and 1 February 2009) taken over the same area. The colours in the image result from variations in the surface that occurred between acquisitions.