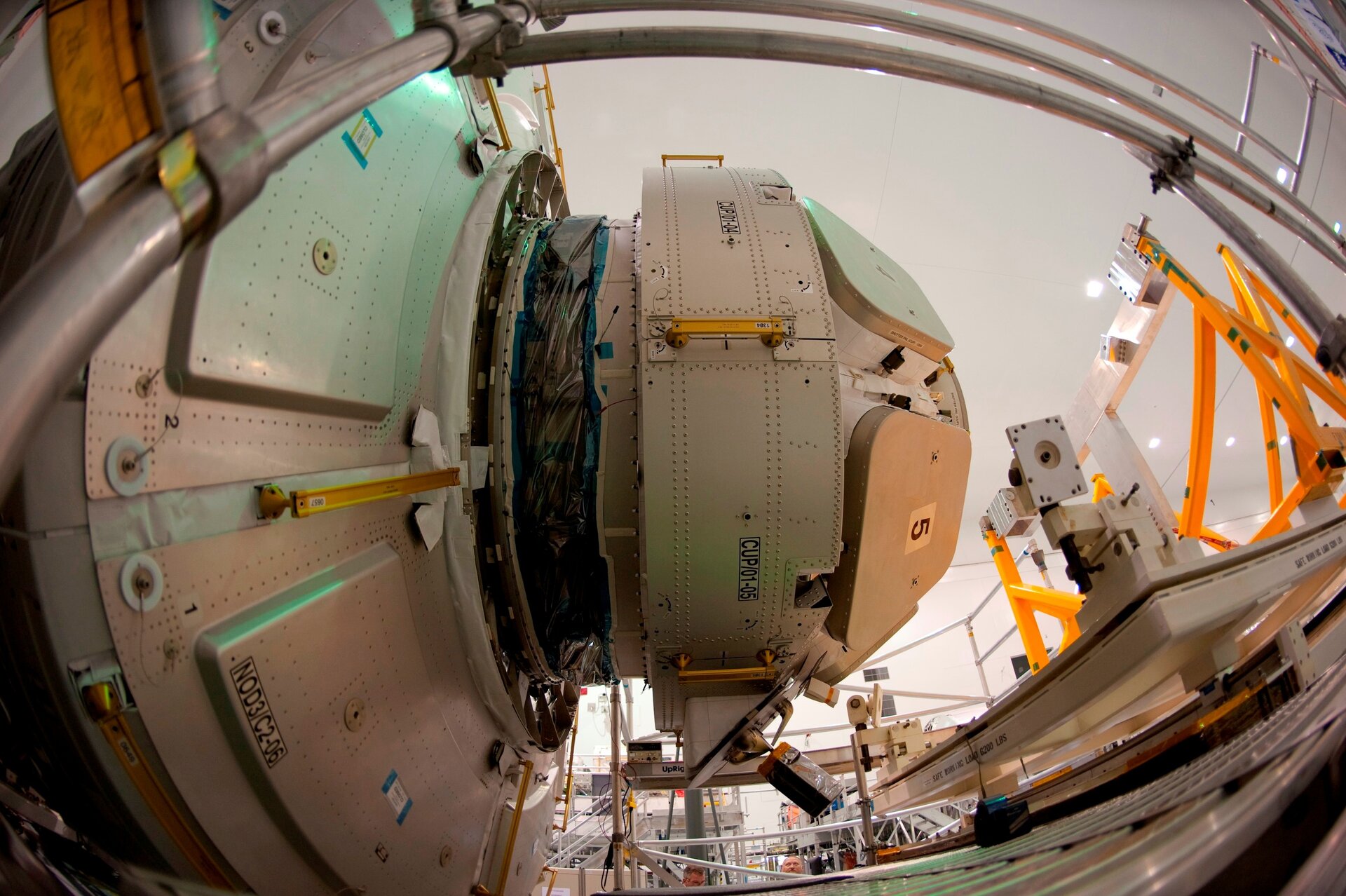 ESA's Cupola was mated to Node-3 in September 2009, and is now ready for launch. The Cupola observation module, which was shipped to the Kennedy Space Center in 2004, and whose ownership was transferred to NASA in 2005, will provide an unprecedented capability for external ISS operations as a command tower for robotic operations as well as a stunning view of Earth for the ISS Expedition crews on board the orbiting ISS.