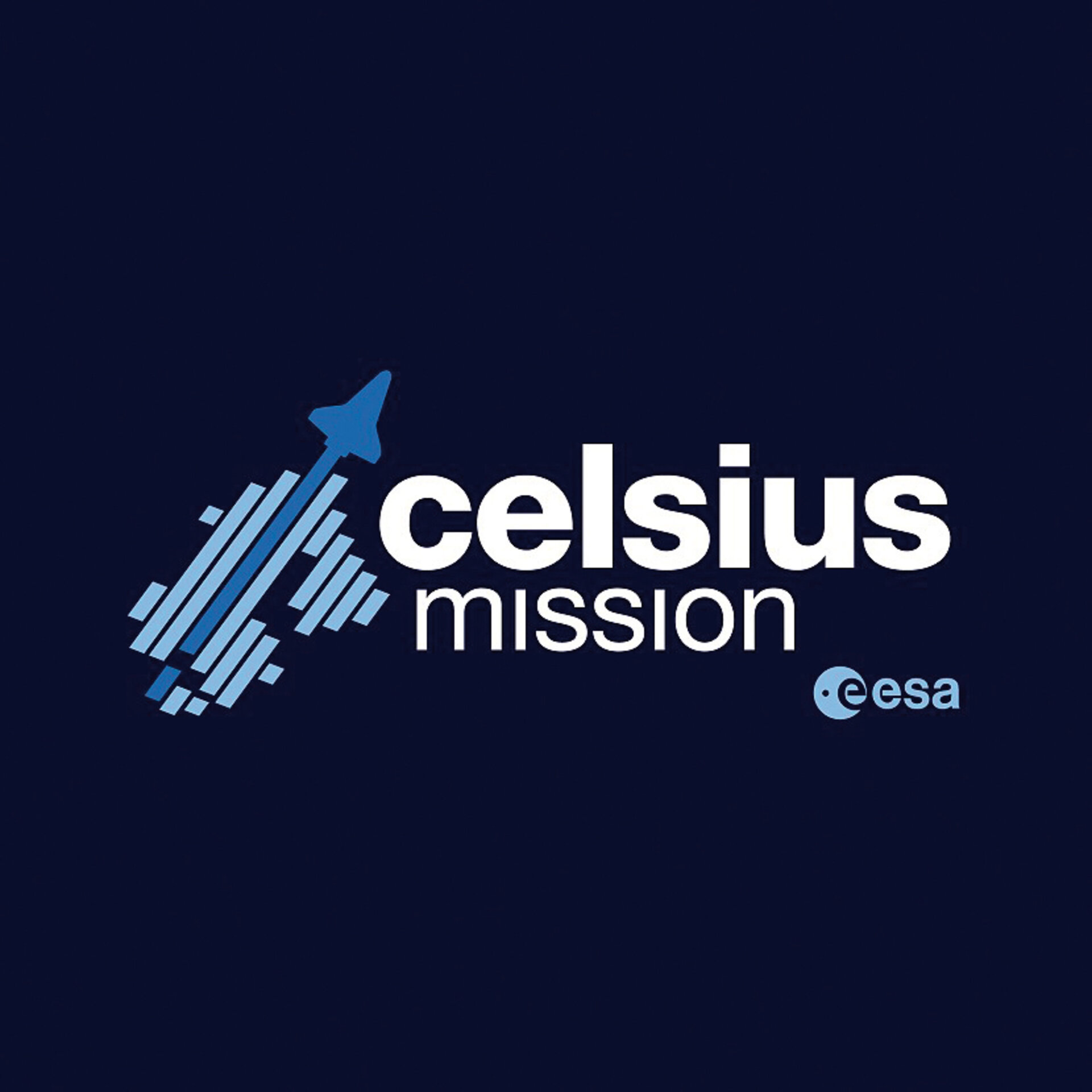 During the Celsius mission, ESA astronaut Christer Fuglesang (SE) became the first Swedish astronaut when he flew to the International Space Station (ISS) on the Space Shuttle Discovery in December 2006.

The Celsius mission takes its name from the famous Swedish scientist and astronomer Anders Celsius (1701–44), who is most notably famous for his invention of the standard international temperature scale that bears his name.

The crossover of these images shows the national feel of the mission with Fuglesang coming from Sweden and activities during Scandinavian flyovers of the Shuttle involving institutions and students on the ground. The stripes also symbolise precision, scale and measurement with the darker stripe indicative of a thermometer, tying in with the background of the mission name shown to the right. The upward slanting direction of the darker stripe and the Shuttle furthermore hints at the dynamic nature of the mission and the progress that will be made with relation to the assembly of the ISS and on scientific grounds.