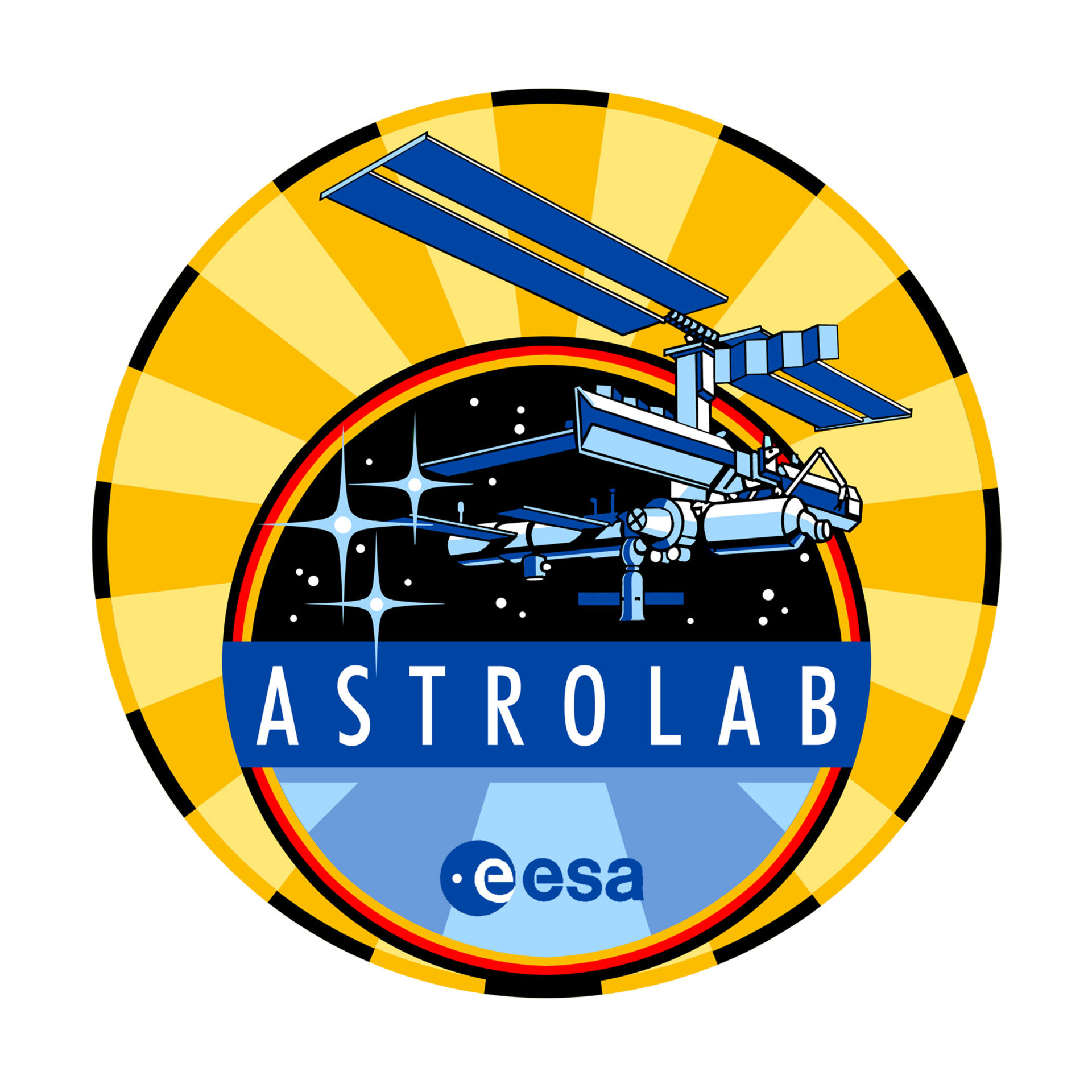 During the Astrolab mission, ESA astronaut Thomas Reiter (DE) flew on the Space Shuttle Discovery STS-121 mission to join Expedition 13 in July 2006. He later became part of Expedition 14 before returning to Earth on Discovery during the STS-116 mission six months later. Reiter has logged over 350 days in space, the most by any non-American or non-Russian astronauts.

Astrolab was Europe's first long-duration mission to the ISS, named in memory of Martin Behaim (1469-1537), a famous German cartographer, mapmaker, navigator and explorer, who is famous for developing the 'astrolabe'. This navigational instrument was a great improvement on the primitive quadrant then in use for measuring the altitude of the Sun. The new astrolabe was used by Columbus to obtain the solar altitudes needed to navigate his way to the 'New World'.

The Astrolab mission patch was designed by German space artist Detlev van Ravenswaay. The main form of the logo is two circles, with the outermost circle split into 24 sections. This represents the astrolabe, and the border of the innermost circle has the colours of the German flag. The destination of the long-duration mission, the ISS, is the central symbol, framed by two sets of stars. The three bright stars to the left symbolise the three members of Expedition 13, and 17 smaller stars in the background represent the ESA Member States at that time.