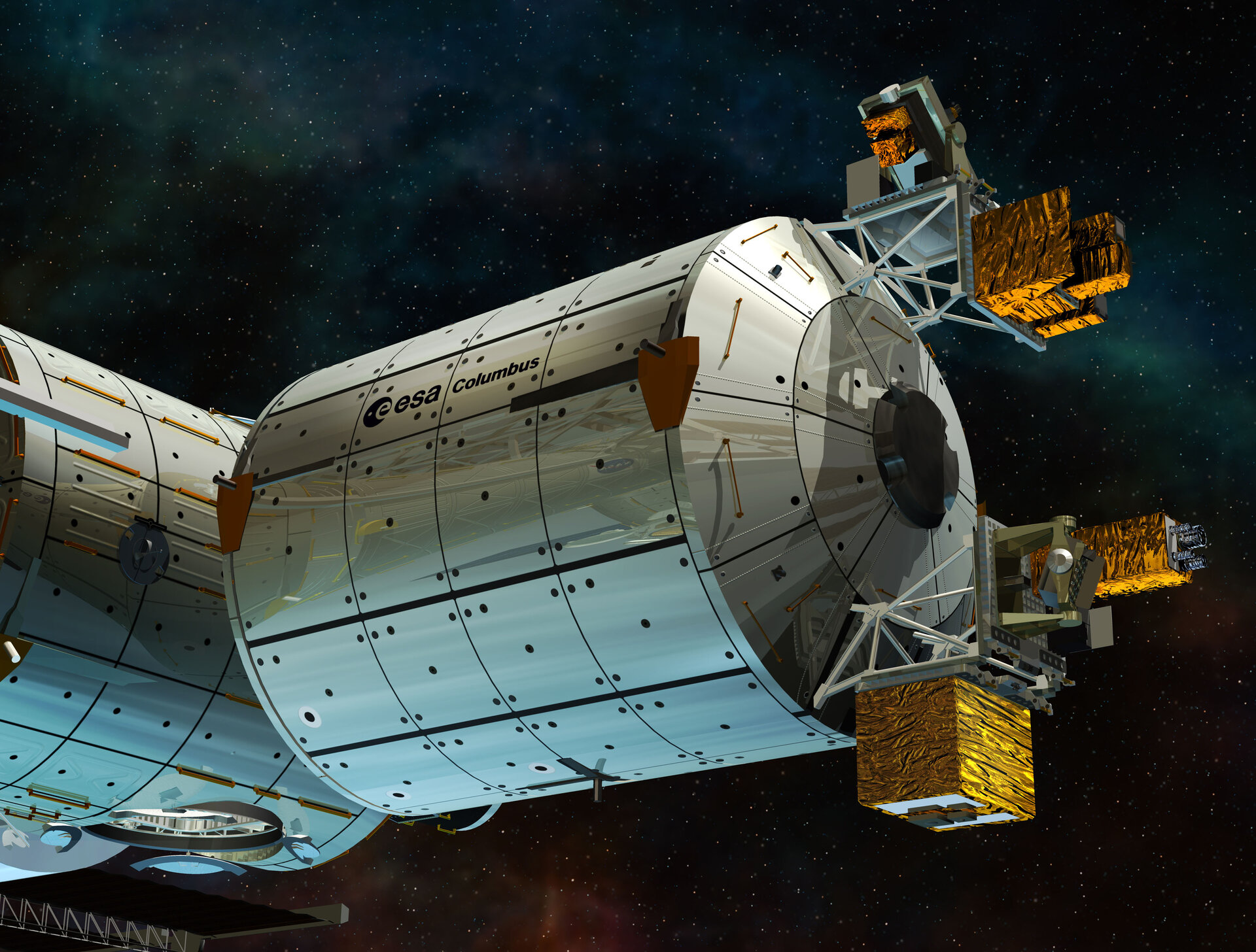 Artist's impression showint the European space laboratory Columbus that is part of the International Space Station with the Atomic Clock Ensemble in Space containing the PHARAO and Space H-Maser atomic clocks.

The Atomic Clock Ensemble in Space (ACES) is set to create an “internet of clocks”, connecting the most accurate atomic timepieces the world over and compare their timekeeping with the ones on humankind’s weightless laboratory as it flies overhead.

Comparing time down to a stability of hundreds femtoseconds requires techniques that push the limits of current technology. ACES has two ways for the clocks to transmit their data, a microwave link and an optical link that. Both connections exchange two-way timing signals between the ground stations and the space terminal, when the timing signal heads upwards to the Space Station and when it returns down to Earth.

The unprecedented accuracy this setup offers brings some nice bonuses to the ACES experiment. Clocks on the ground will be compared among themselves providing local measurements of geopotential differences, helping scientists to study our planet and its gravity.

The frequencies of the laser and microwave links will help understand how light and radio waves propagate through the troposphere and ionosphere thus providing information on climate. Finally, the internet of clocks will allow scientists to distribute time and to synchronise their clocks worldwide for large-scale Earth-based experiments and for other applications that require precise timing.