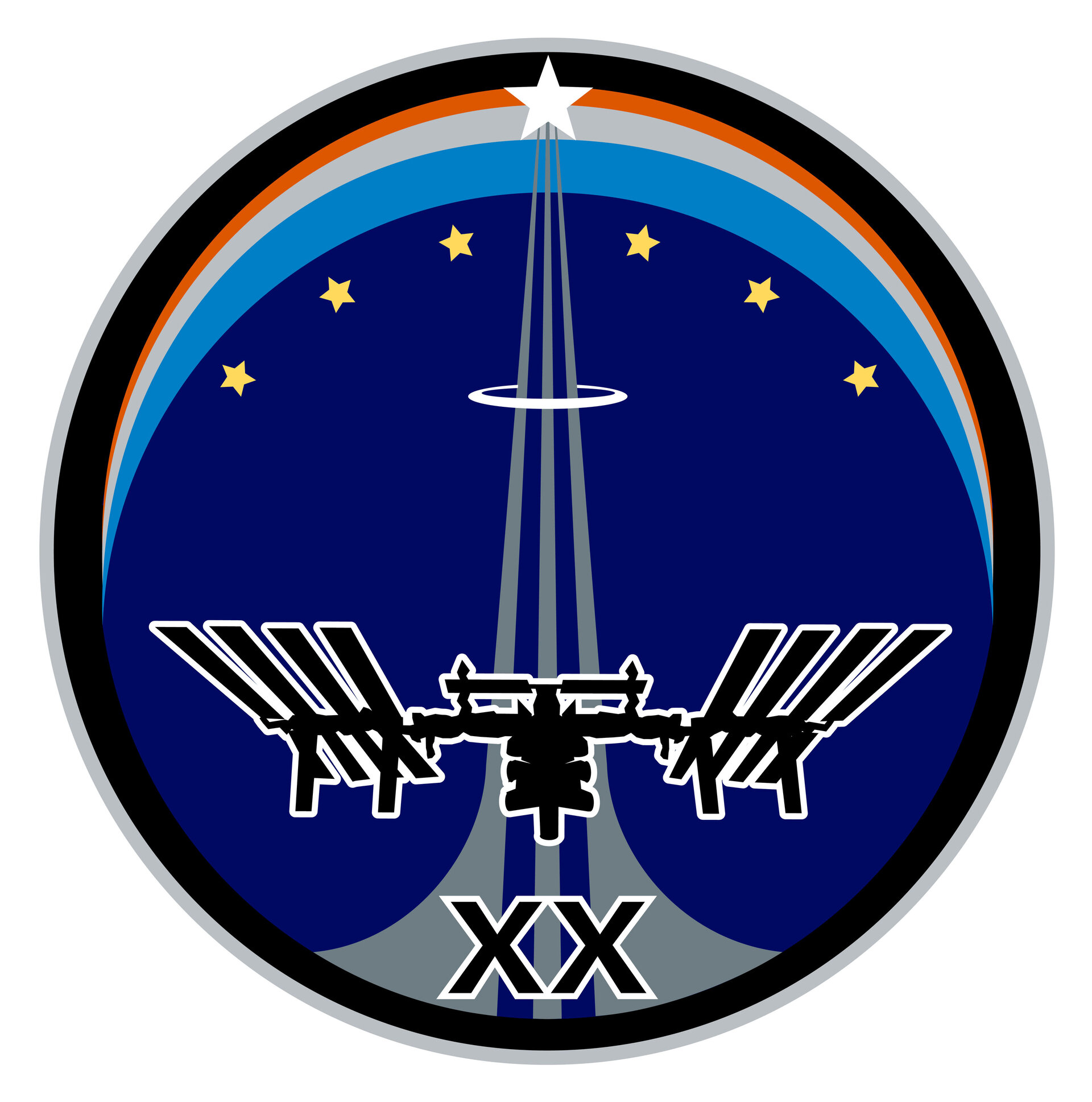 The Expedition 20 crew patch symbolises this new era in space exploration, with the first six-person crew living and working on board ISS represented by six gold stars. The astronaut symbol extends from the base of the patch to the star at the top to represent the international team, both on the ground and on orbit, that are working together to further our knowledge of living and working in space. The ISS in the foreground represents where we are now and the important role it is playing towards meeting our exploration goals. The blue, grey and red arcs represent our exploration goals as symbols of Earth, the moon and Mars.