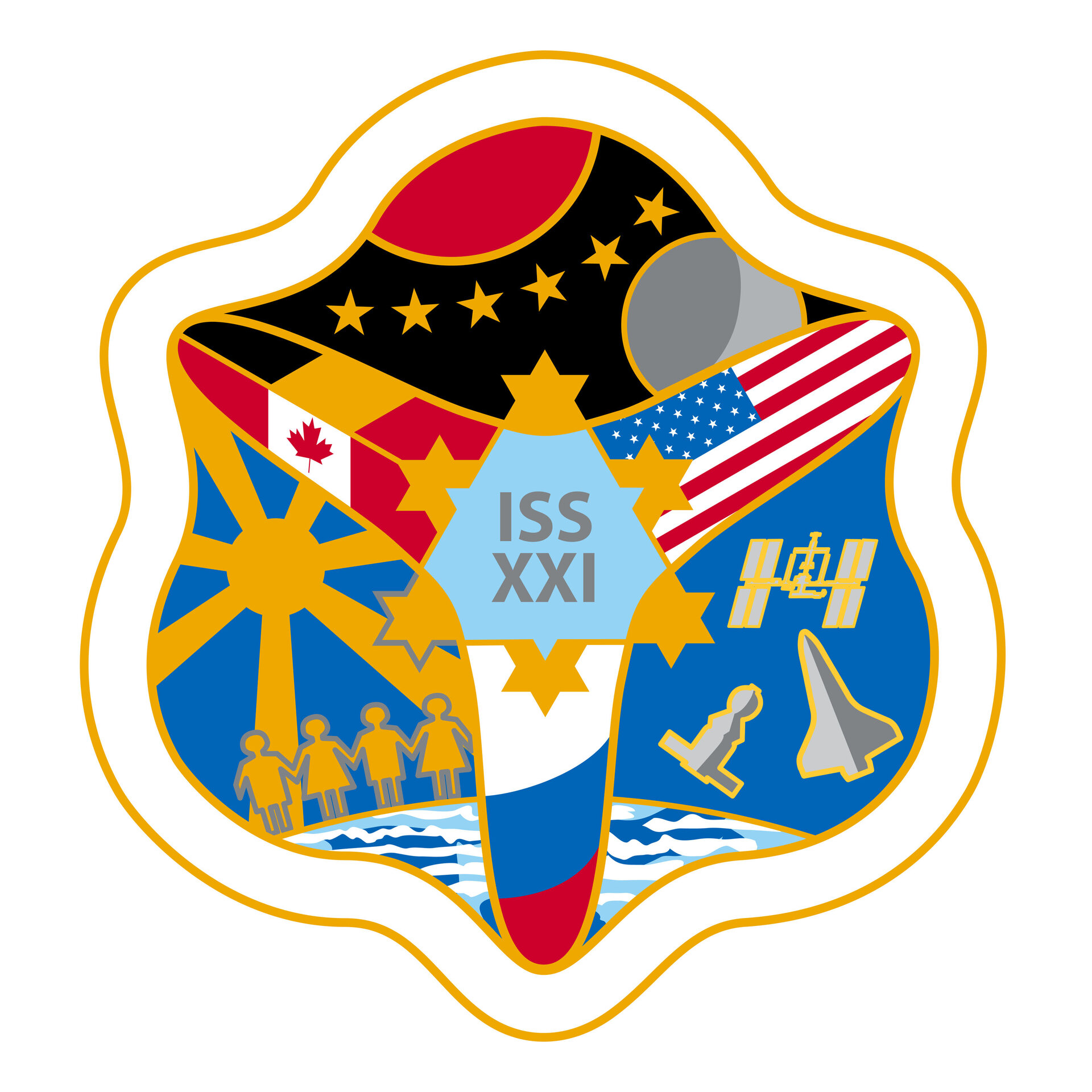 The central element of the patch is inspired by a fractal of six, symbolising the teamwork of the six-person crew. From the basic element of one person, together six people form a much more complex and multifaceted entity, toward the infinity of the Universe.

The patch shows children, on Earth in the bright Sun, as our future and the reason we explore. The Soyuz and Shuttle are the vehicles that enable human space exploration today, while the ISS is leading to our next goals, the Moon and Mars. The patch shape has six tips, geometrically sound yet reminiscent of a leaf, representing symmetry and ecological harmony, while the six stars in deep space represent the current crew and future exploration crews.