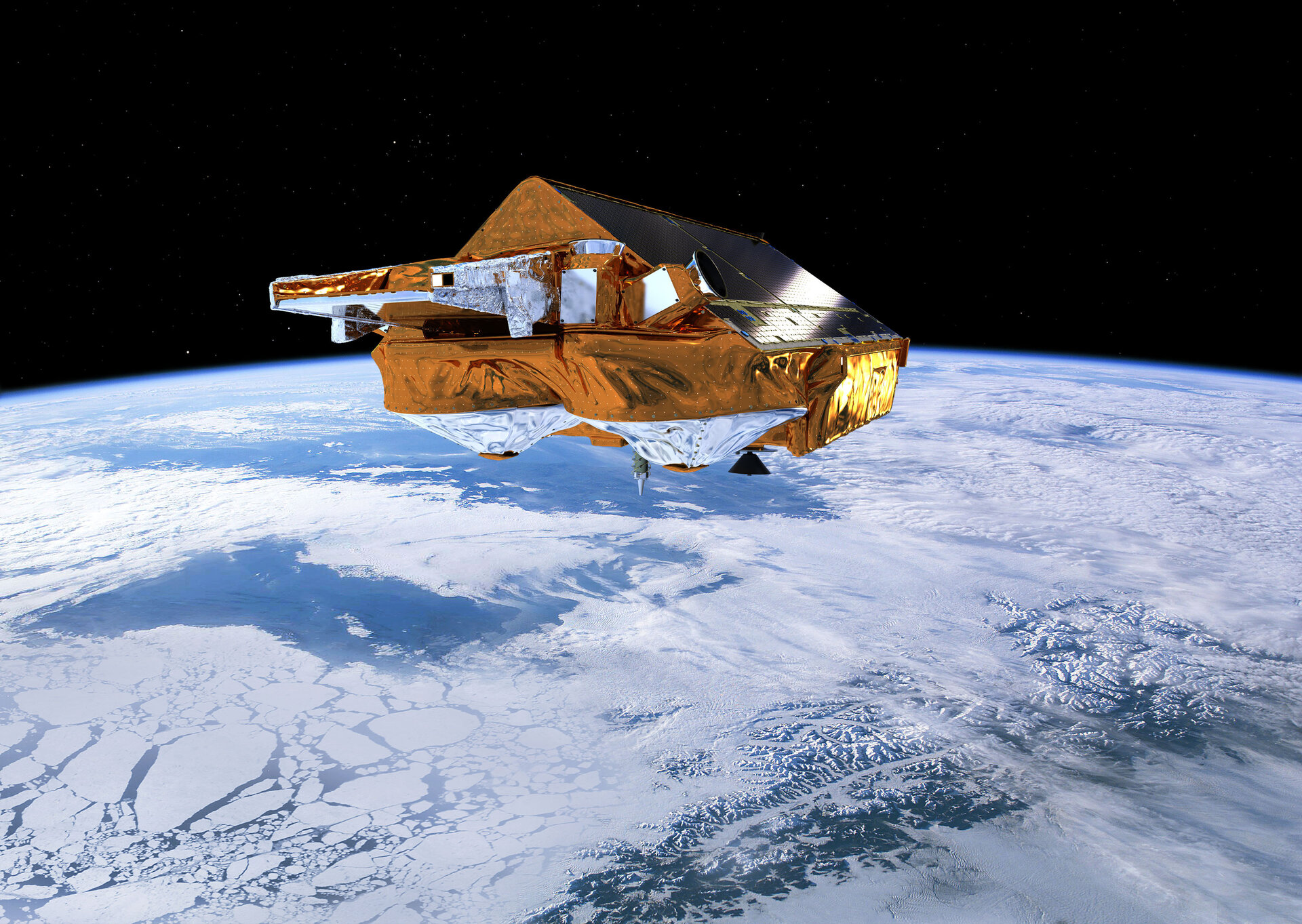 ESA’s Earth Explorer CryoSat mission is dedicated to precise monitoring of changes in the thickness of marine ice floating in the polar oceans and variations in the thickness of the vast ice sheets that blanket Greenland and Antarctica.The satellite flies at an altitude of just over 700 km, reaching latitudes of 88° north and south, to maximise its coverage of the poles. Its main payload is an instrument called Synthetic Aperture Interferometric Radar Altimeter (SIRAL). Previous radar altimeters had been optimised for operations over the ocean and land, but SIRAL is the first sensor of its kind designed for ice, measuring changes at the margins of vast ice sheets and floating ice in polar oceans.