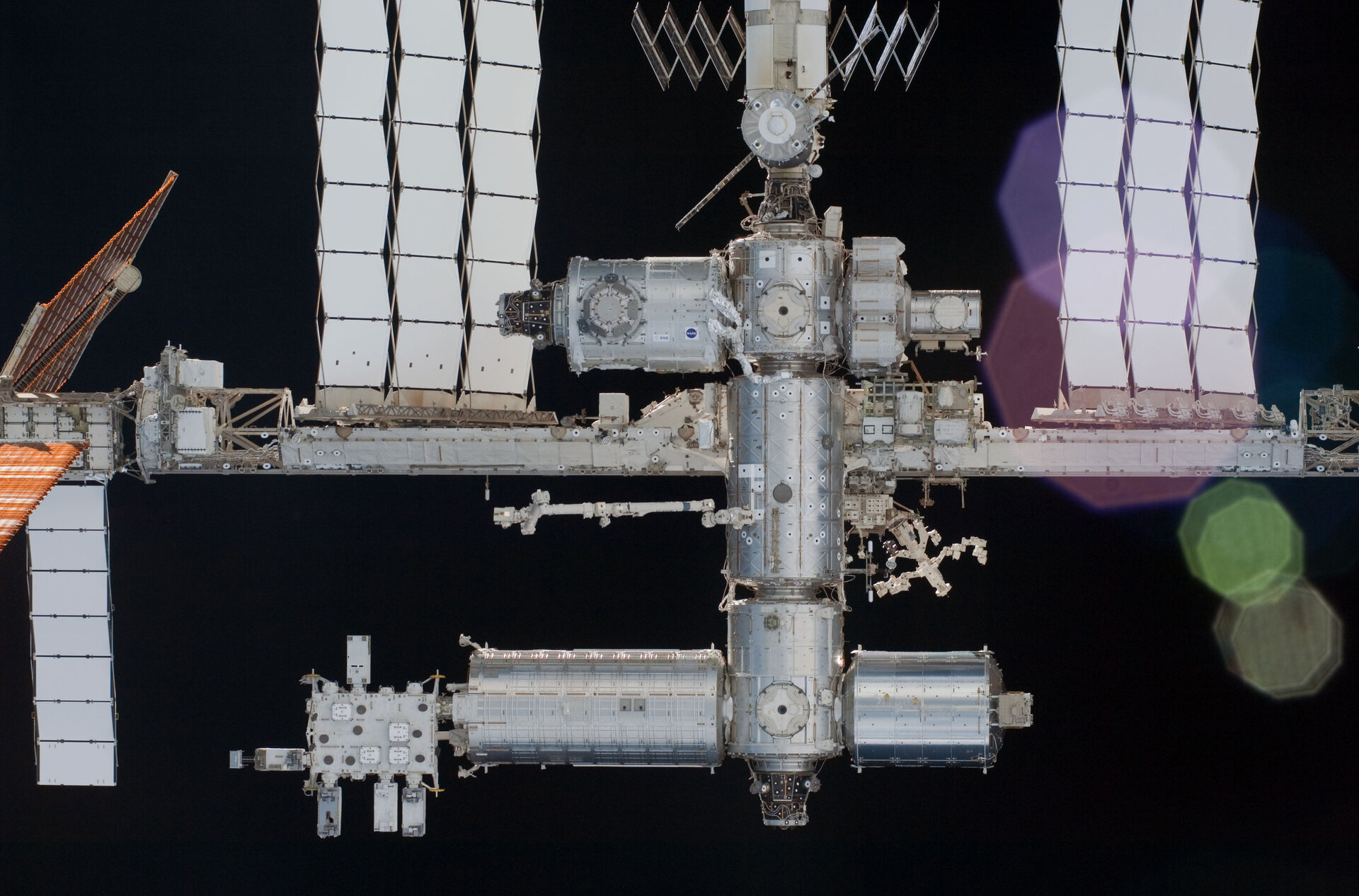 A close-up view of a portion of the ISS

A view of a portion of the International Space Station is featured in this image photographed by an STS-130 crew member on space shuttle Endeavour after the station and shuttle began their post-undocking relative separation. Undocking of the two spacecraft occurred at 01:54 CET on 20 February 2010. The newly-installed Node-3 'Tranquility' and Cupola are visible at top left.