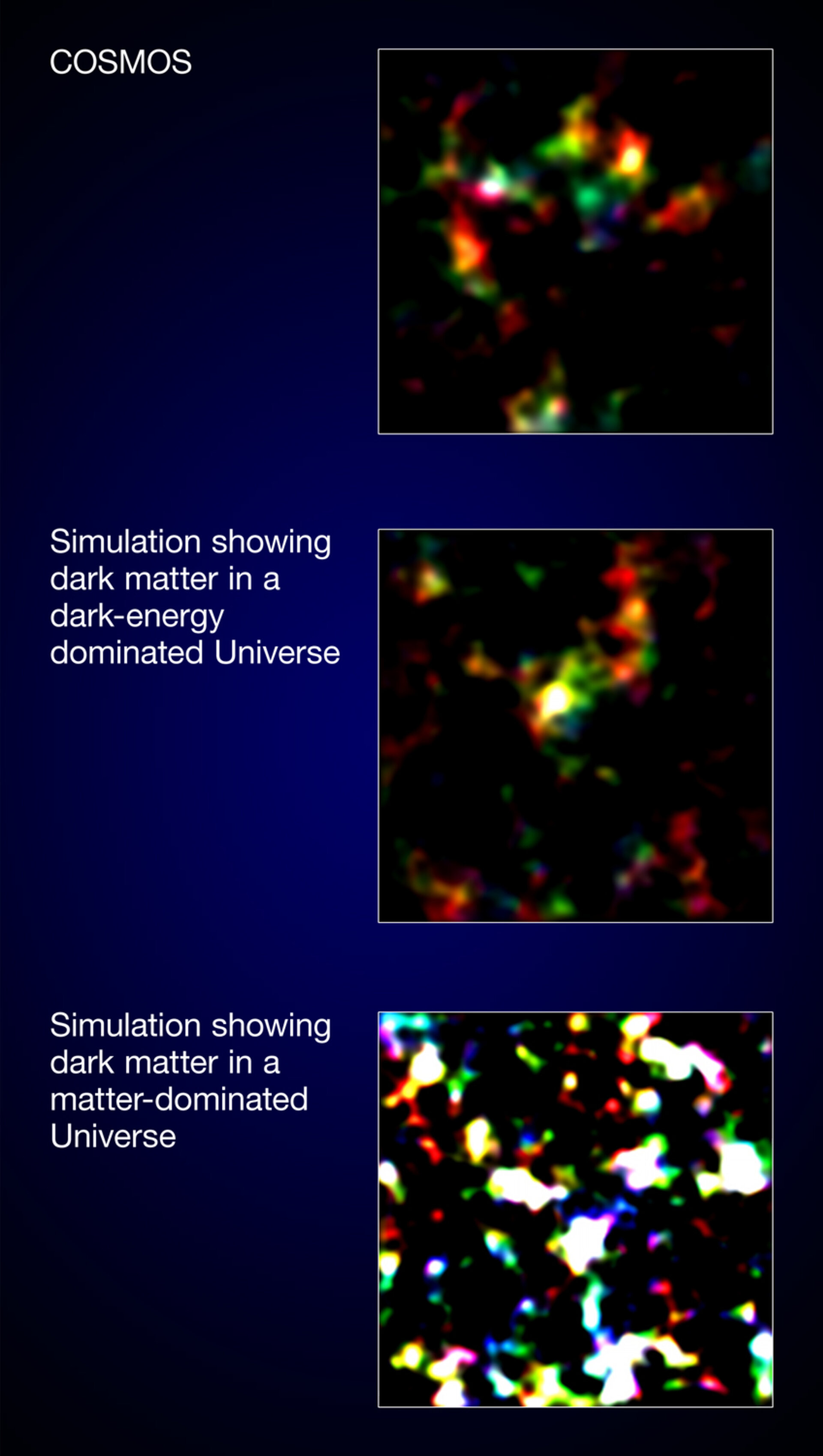 Astronomers who conducted one of the most thorough studies of the COSMOS survey – the largest survey ever undertaken by the NASA/ESA Hubble Space Telescope – compared the actual mass map obtained from COSMOS to two simulated model maps. The statistical properties of dark energy-dominated model (the number of mass peaks and how they cluster), is the best match for the actual COSMOS field.

The researchers have, for the first time ever, used Hubble and the natural ‘weak lenses’ in space to characterise the accelerated expansion of the Universe.