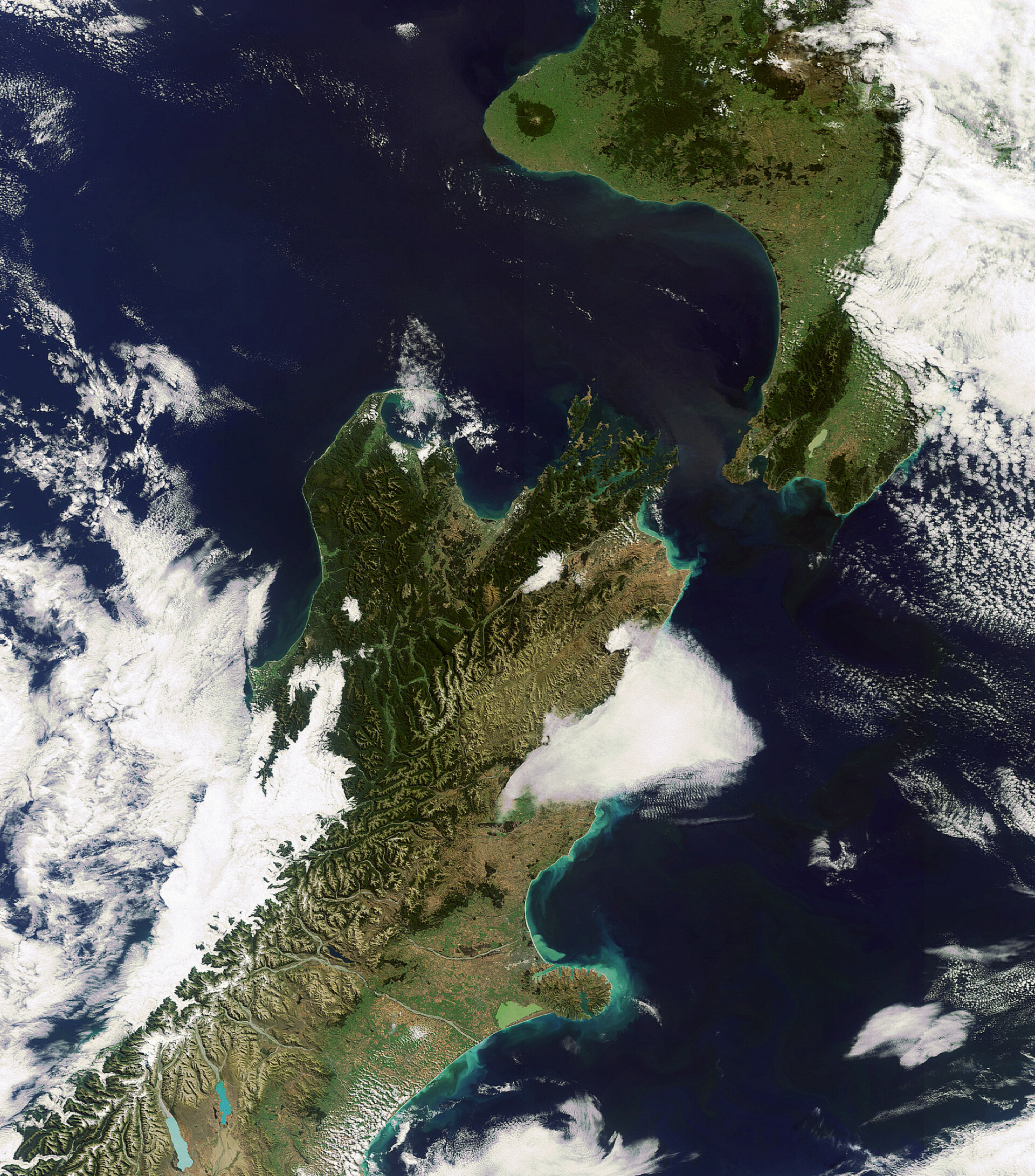 This Envisat image captures New Zealand's North and South Islands, separated by the Cook Strait. Named after James Cook, who in 1770 was the first European to sail through it, the Cook Strait connects the Tasman Sea to the west with the South Pacific Ocean to the east. This image was acquired on 8 March 2010 by Envisat's Medium Resolution Imaging Spectrometer (MERIS).