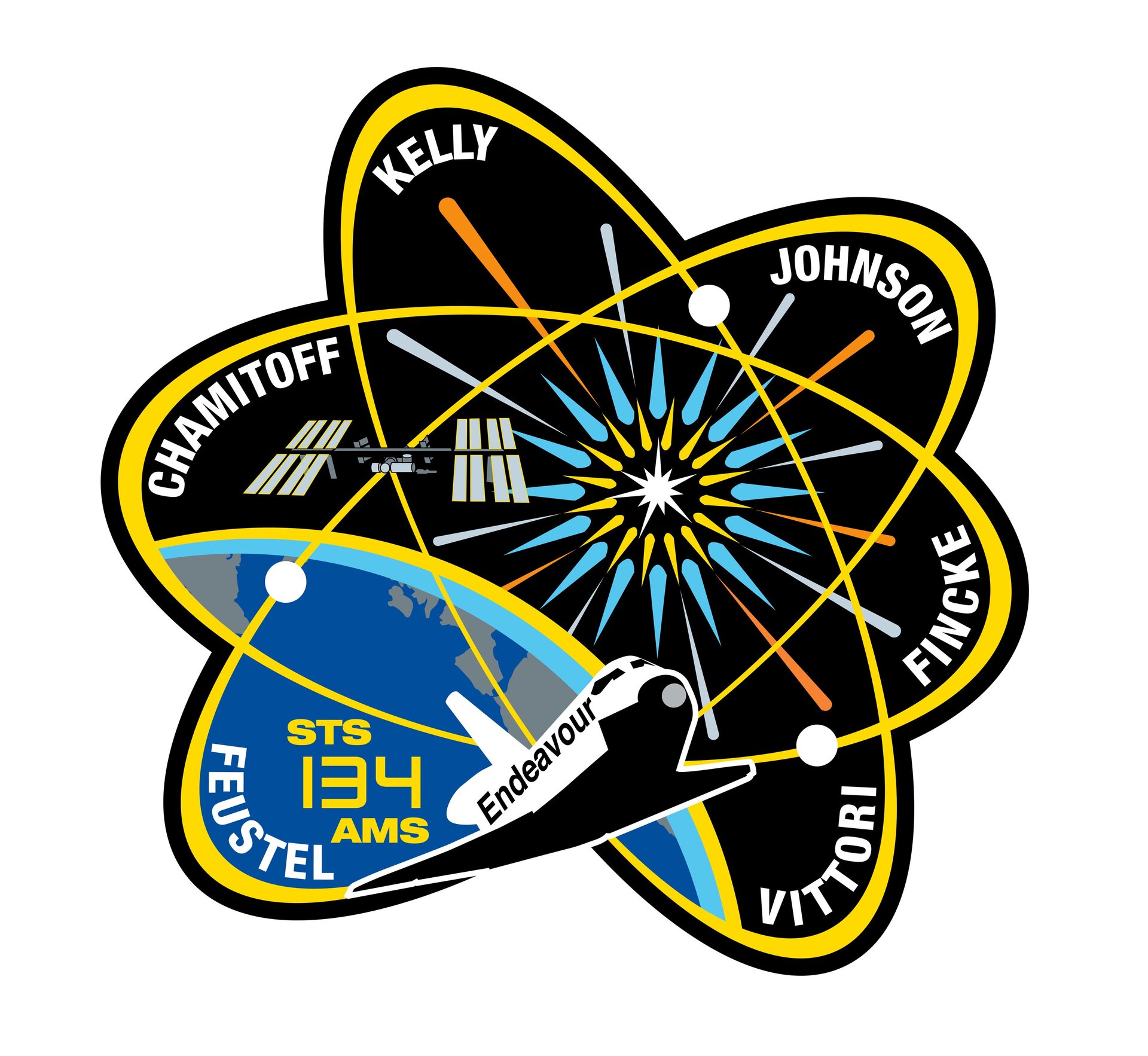 ESA astronaut Roberto Vittori (IT) is assigned to fly on Space Shuttle Endeavour STS-134 to the ISS, scheduled for February 2011.

The STS-134 crew patch highlights research on the ISS focusing on the fundamental physics of the Universe. On this mission, the crew of Space Shuttle will install the Alpha Magnetic Spectrometer (AMS) experiment - a cosmic particle detector that uses the first superconducting magnet to be flown in space. By studying sub-atomic particles in the background cosmic radiation, and searching for 'anti-matter' and 'dark matter', it will help scientists better understand the evolution and properties of our Universe. The shape of the patch is inspired by the international atomic symbol, and represents the atom with orbiting electrons around the nucleus. The burst near the centre refers to the 'Big Bang' theory and the origin of the Universe.