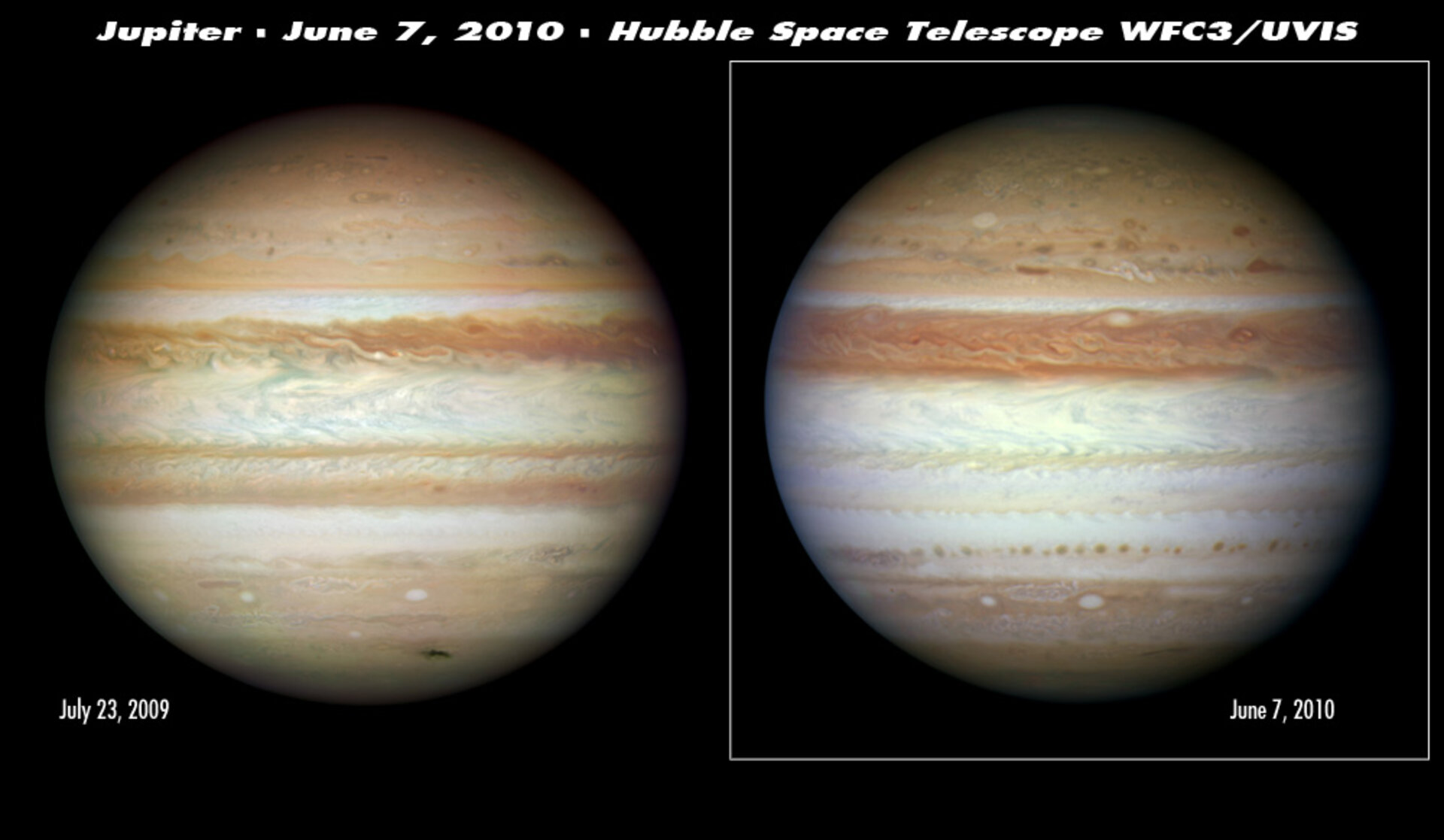 The giant and stormy planet Jupiter has gone through a makeover, as seen in these comparative NASA/ESA Hubble Space Telescope images taken nearly 11 months apart. Several months ago the dark Southern Equatorial Belt vanished. The last time this happened was in the early 1970s, when we didn’t have sufficiently powerful telescopes to study the changes in detail.

Left: a Hubble picture from 23 July 2009 captures the planet’s familiar appearance for the past several decades with alternating zones of high altitude ammonia ice crystal clouds (white strips) and belts of lower altitude material (dark strips). The image was taken to study a wispy patch of dark debris in the far southern hemisphere caused by the suspected explosion of an asteroid plunging into the lower atmosphere on 19 July 2009.

Right: a Hubble picture from 7 June 2010 reveals a slightly higher altitude layer of white ammonia ice crystal clouds that appears to obscure the deeper, darker belt clouds of the Southern Equatorial Belt. The team predicts that these clouds should clear out in a few months.

Hubble also resolved a string of dark spots further south of the vanished belt. Based on past observations, the Hubble Jupiter team expects to see similar spots appear in the Southern Equatorial Belt in a few months, just before the white clouds clear out.