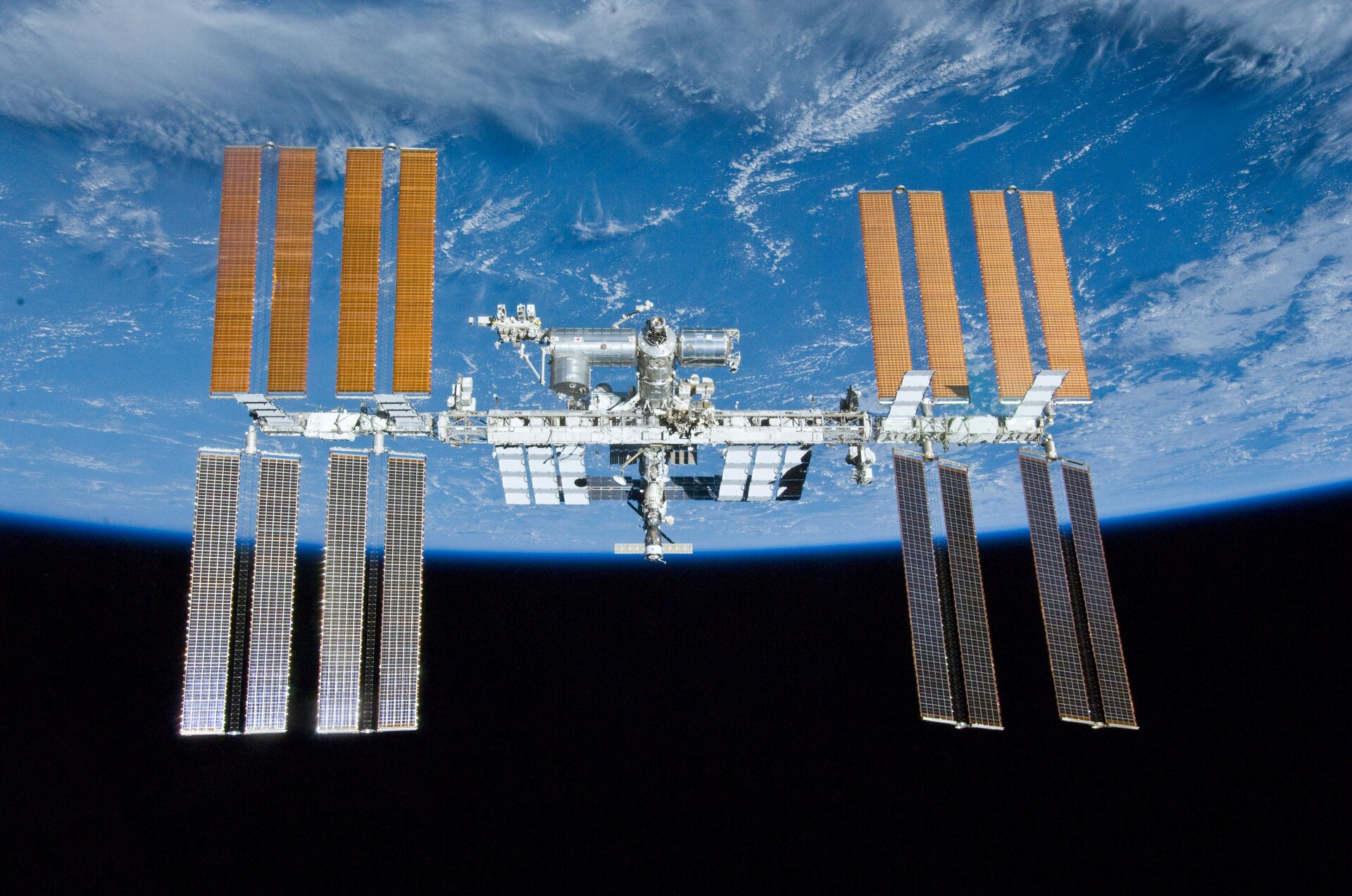 ISS seen from the departing Atlantis space shuttle, 23 May 2010. The International Space Station is featured in this image photographed by an STS-132 crew member on space shuttle Atlantis after the station and shuttle began their post-undocking relative separation. Undocking of the two spacecraft occurred at 10:22 a.m. (CDT) on May 23, 2010, ending a seven-day stay that saw the addition of a new station module, replacement of batteries and resupply of the orbiting outpost.