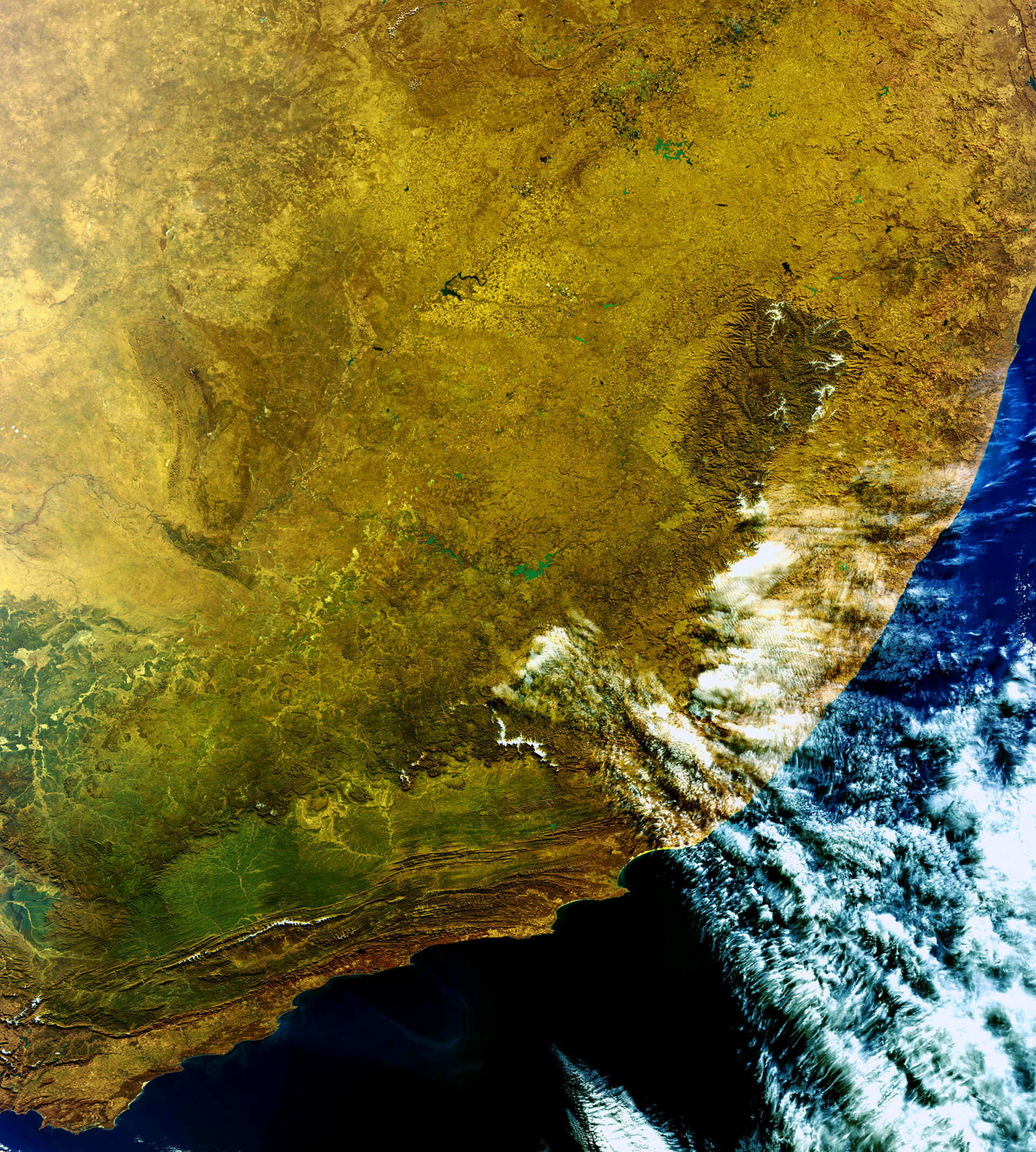 This Envisat image, acquired on 19 June 2010, features the vibrant colours and varied terrain of South Africa. Johannesburg – South Africa’s largest and most populous city – can be seen at the top of the image. The dark body of water located to its southeast is the country’s biggest and third largest dam by volume – the Vaal Dam. Snow is visible on Lesotho’s Drakensberg Mountains in the east. The emerald green vegetation from the Outeniqua Mountains is visible in the southwest. The city of Port Elizabeth is visible slightly west of the clouds where the coastline forms a crescent. From there, trace the coast all the way eastwards to Durban, the country’s third largest city.