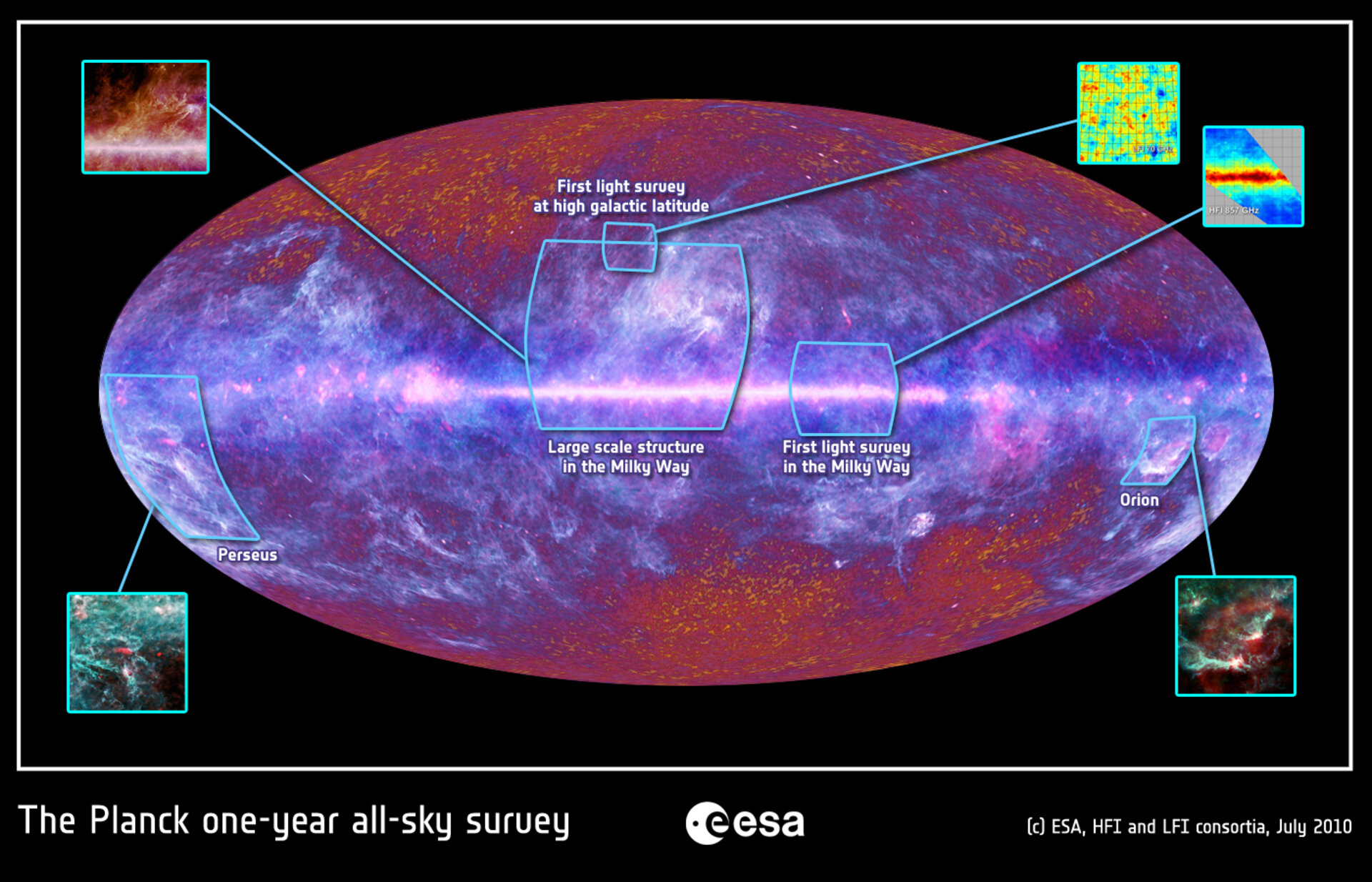 The microwave sky as seen by Planck with previous releases

This multi-frequency all-sky image of the microwave sky has been composed using data from Planck covering the electromagnetic spectrum from 30 GHz to 857 GHz.

The mottled structure of the CMBR, with its tiny temperature fluctuations reflecting the primordial density variations from which today’s cosmic structure originated, is clearly visible in the high-latitude regions of the map.

The central band is the plane of our Galaxy. A large portion of the image is dominated by the diffuse emission from its gas and dust. The image was derived from data collected by Planck during its first all-sky survey, and comes from about 12 months of observations.

To the right of the main image, below the plane of the Galaxy, is a large cloud of gas in our Galaxy. The obvious arc of light surrounding it is Barnard’s Loop – the expanding bubble of an exploded star. Planck has seen whole other galaxies. The great spiral galaxy in Andromeda, 2.2 million light-years from Earth, appears as a sliver of microwave light, released by the coldest dust in its giant body. Other, more distant, galaxies with supermassive black holes appear as single points of microwaves dotting the image.

Derived from observations taken between August 2009 and June 2010, this image is a low-resolution version of the full data.