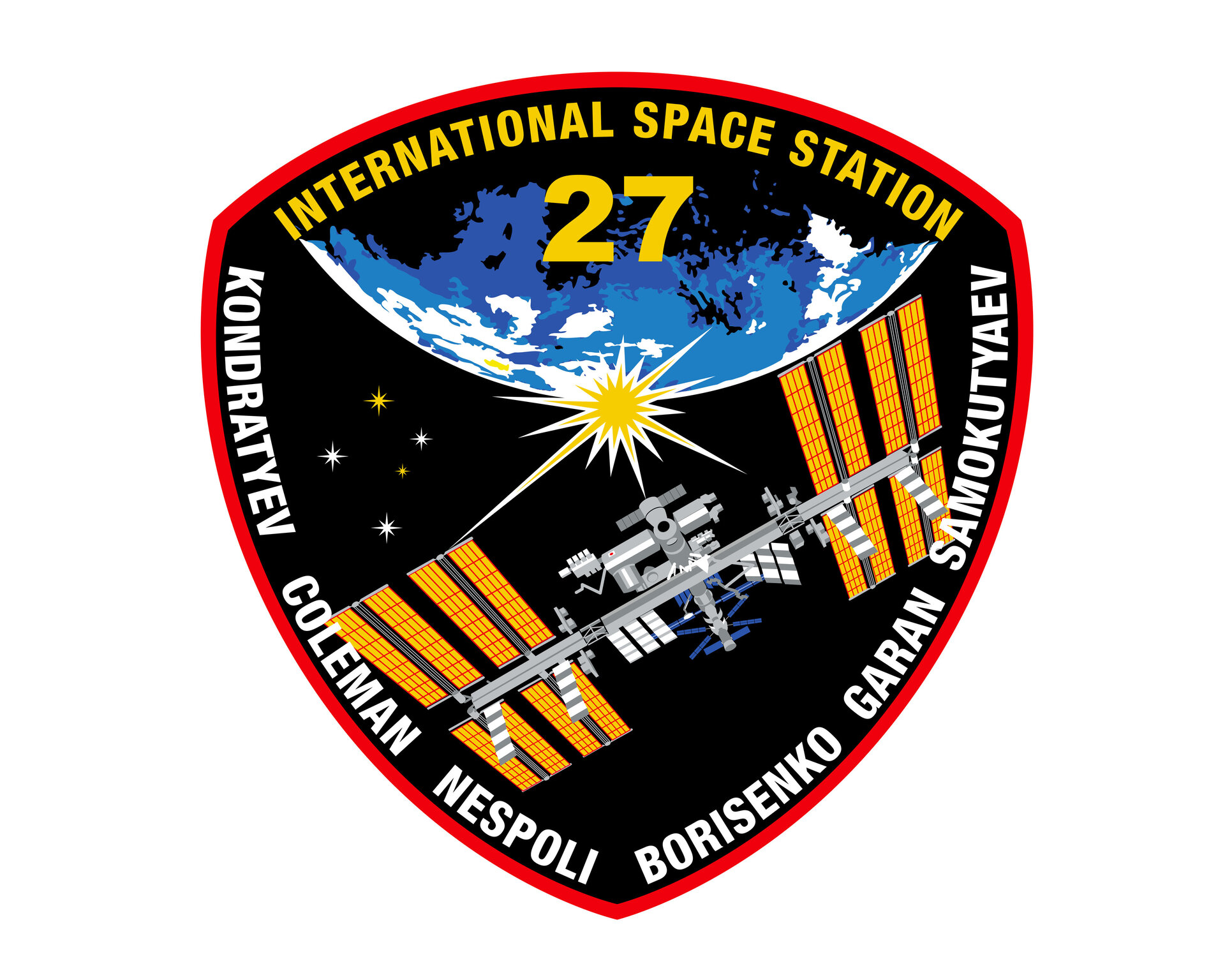 The patch was designed by the Expedition 27 crew with Jorge Cartes and Tim Gagnon. Tim explained: "Dmitri, Cady and Paolo decided to use the same station view from the Expedition 26 patch on Expedition 27. They wanted to show the continuity of the crews working together on orbit."

The ISS is shown prominently in the foreground of the patch, with the Southern Cross constellation in the background. Dmitri Kondratyev liked the idea of a southern hemisphere constellation as opposed to 'Orion' or the 'Big Dipper' which have been depicted a number of times. The white stars represent the two three-person Soyuz crews and the two gold stars represent the artists.