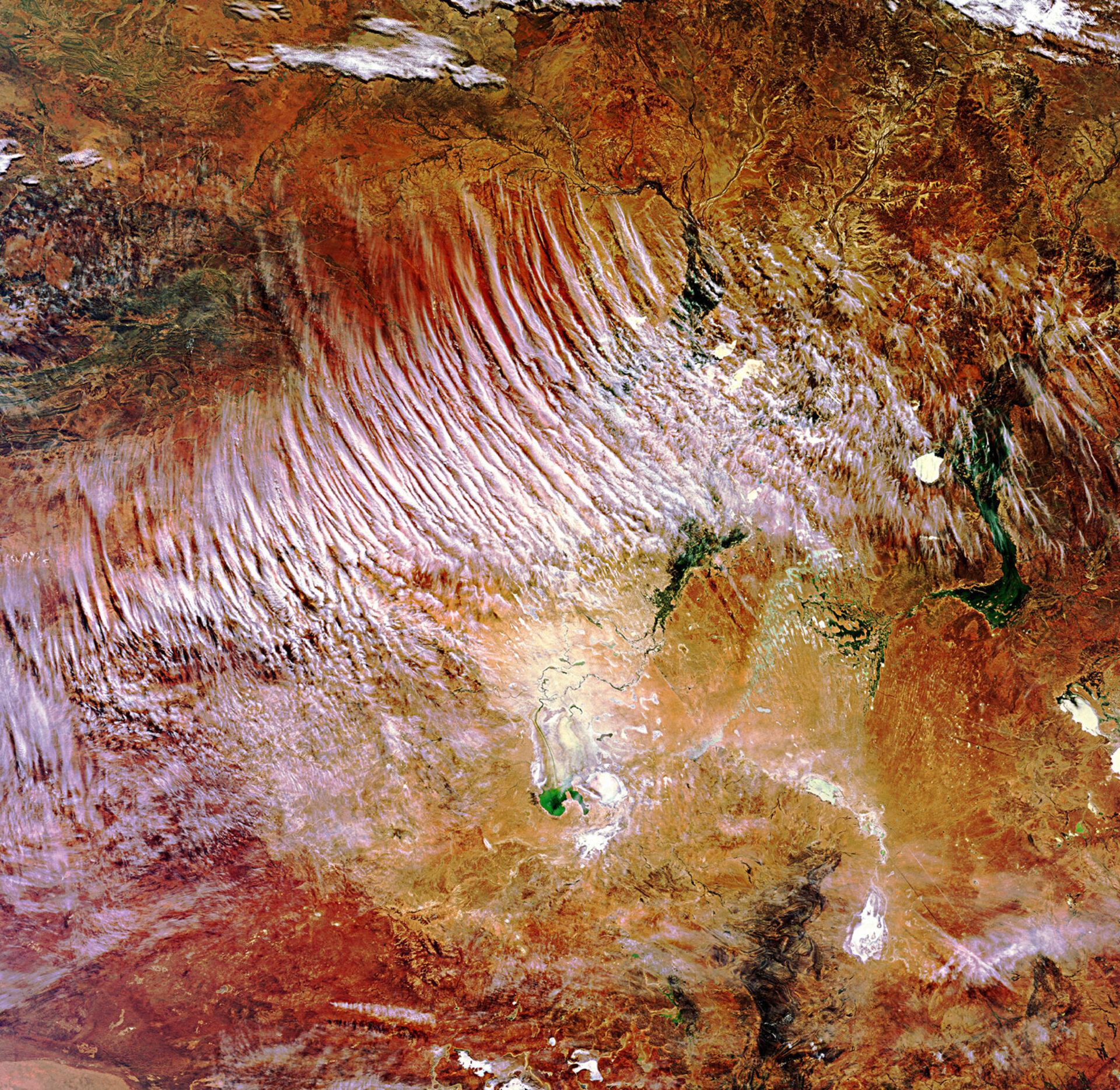 This Envisat image highlights the Lake Eyre Basin, one of the world’s largest internally draining systems, in the heart of Australia. White cloud streaks stand in contrast to the Red Centre’s vast amounts of crimson soil and sparse greenery.
The basin covers about 1.2 million sq km (about the size of France, Germany and Italy combined), including large portions of South Australia (bottom), the Northern Territory (upper left) and Queensland (upper right) and a part of western New South Wales (bottom right). This image was acquired by Envisat’s Medium Resolution Imaging Spectrometer on 3 July 2010 at a resolution of 300 m.