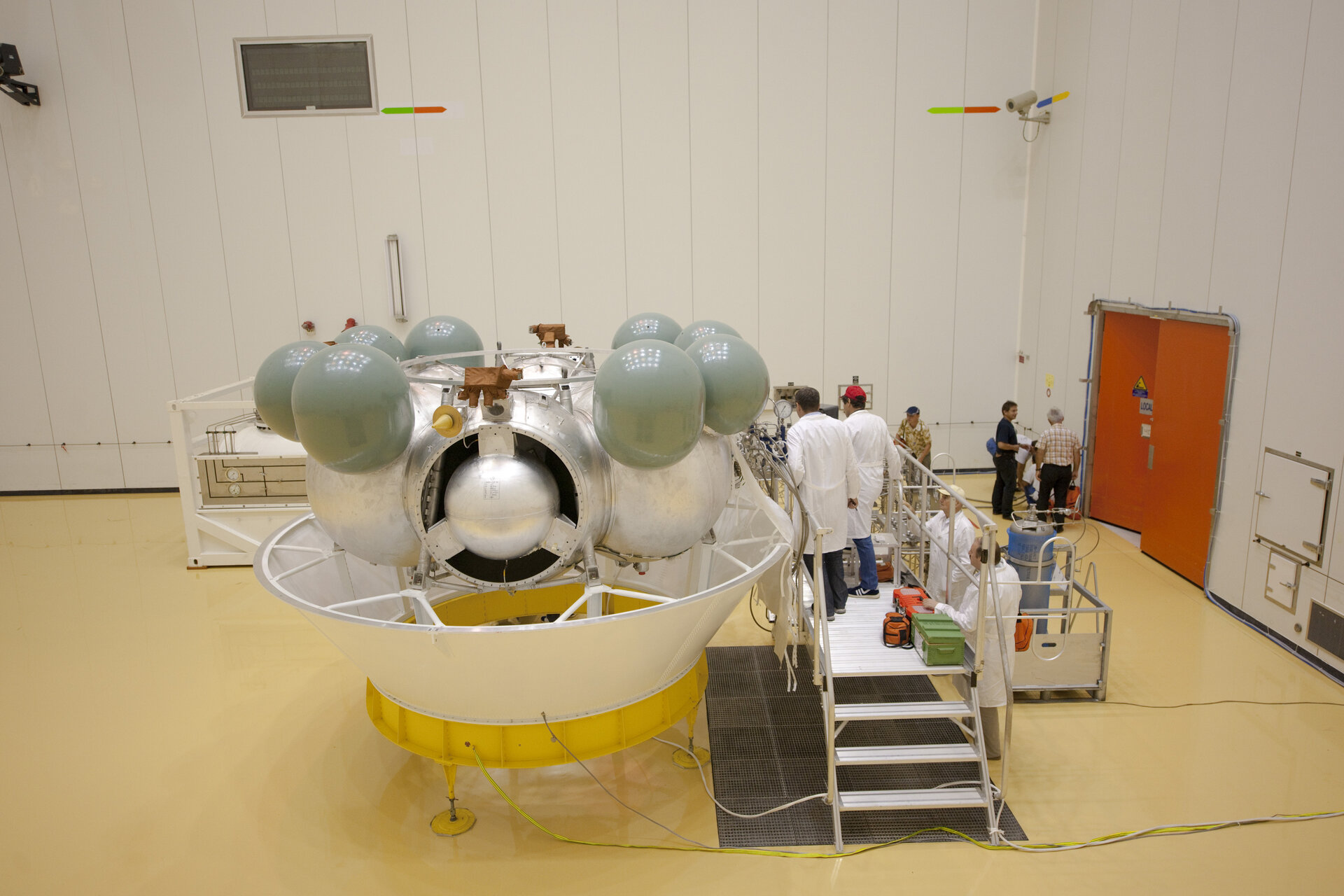 A Fregat model in the Integration Building for rehearsing the preparation of this upper stage.

The Soyuz configuration to be operated from the Spaceport is the Soyuz 2-1a, also known as the Soyuz ST-A. The Fregat extends the launcher’s access to a full range of orbits, including medium-Earth orbit, Sun-synchronous orbit, geostationary transfer orbit and Earth-escape trajectories