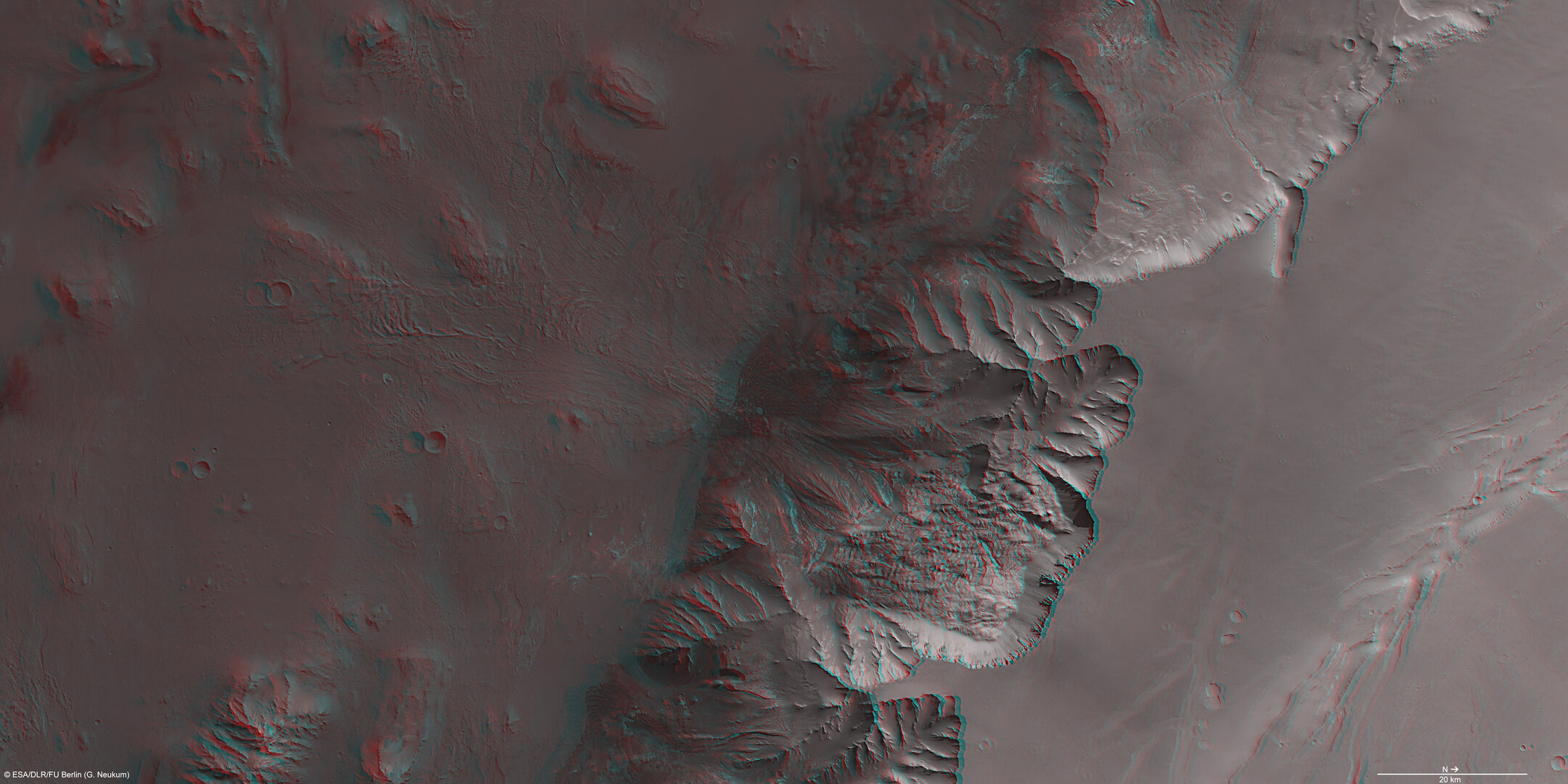 Melas Chasma on Mars in 3D

Melas Chasma is part of the huge Valles Marineris rift valley on Mars. Melas Chasma itself sinks 9 km below the surrounding surface, making it one of the lowest depressions on the planet. On 1 July 2006, the High Resolution Stereo Camera on ESA’s Mars Express spacecraft obtained images of Melas Chasma at approximately 10°S/290°E. The data were acquired during orbit 3195 and the resolution of the image is approximately 23 m per pixel. Combining data from the nadir channel and one stereo channel of HRSC produced this 3D image. Stereoscopic glasses are required to see the 3D effect. This image covers 200 x 100 km and covers an area of roughly 20 000 sq km, which is about the size of Slovenia.